I needed a film to watch and after scanning Sky Movies I saw this and was sold after reading the synopsis “Luke Evans stars as a murderous psychopath who quickly turns the tables when a gang of redneck brutes take him hostage” Now come on, who isn’t curious after reading that? Another thing I only discovered when watching it is that it stars Lee Tergesen who I consider to be a very underrated actor.

The story is pretty straight forward and exactly how Sky described it. I must admit I was slightly put off when I saw it was made by WWE Studios who have hardly had success in the world of film. The film starts by showing us Luke Evans character driving across country with his missus, it’s clear that he has severe issues but they act like everything is normal. We are then introduced to a gang robbing a house, one member decides to kill the returning family which upsets the other members. When Luke Evans character who’s name we never learn, stops at a bar for some food him and his wife run into the gang but besides one member trying to act tough nothing really happens. Upon leaving however they are chased down by that one member who kidnaps them and steals their belongings.

This turned out to be a mistake of epic proportions as Driver (what IMDB calls Luke Evans character) decides to break out and brutally murder, well pretty much everyone involved. There’s a load of gore in this film and some great deaths, I was extremely surprised at how much blood there was given it’s a WWE film.

Luke Evans is great as a psychopathic killer, he’s not like a Jason or some indestructible undead killer he’s just a man who’s extremely good at killing people. This means we get some quite brutal deaths and some amusing scenes including Driver making someone into a big suit he can wear. It’s worlds away from the Hobbit character I pictured him as at the start.

I loved the ending it wasn’t what I expected at all and really left things open for a sequel but given the fact the film was rumoured to have cost $2.9 million to make and grossed just over $1 million I doubt we’ll see a sequel. Which is a bit of a pity as it’s mindless, cheesy, gory entertainment.

I think the film needed some better characters, Driver was good and Lee Tergesen was good at the leader of the redneck/murderous gang. However outside of those two there were no interesting characters however I suppose when a bunch of evil bastards collide with one evil bastard there is unlikely to be anyone worth liking.

I mentioned the story not making sense and although I did enjoy this film I found it an odd decision to have such a cruel sadistic person as the guy we’re meant to be rooting for. I wanted him to savage all the rednecks but after finding out what he’s really like and what he had really done I wanted to see him brutally murdered as well. Very strange to have no one you want to see win so to speak.

Whilst it may look like there’s a lot of faults with the film I really enjoyed it. Mainly because of the gore and Luke Evans was damn good as a psychopath, it still had it’s faults but is worth a watch. Also wrestling fans might find it funny seeing what happens to Brodus Clay in this film! 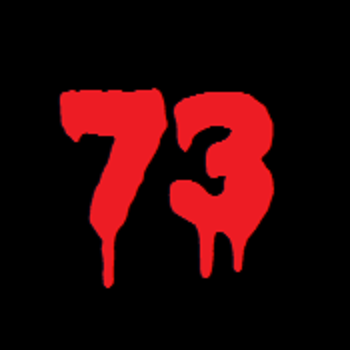