I’ve seen the Hatchet films before but when I started up this blog it was as good of an excuse as any to rewatch them and refresh my mind. So over the past two nights I sat down and watched the first one then watched two and three back to back in all their gory wonder. Rather than do three reviews I thought I might as well stick all of them in one post so here goes…..

The first film starts as all films of the slasher or big lunatic monster horror movies should start with two people being killed in a stupidly over the top gory manner. We are then taken to a bunch of teens getting drunk for Mardi Gras, one of them however, Ben played Joel David Moore (Avatar, Bones, Dodgeball) isn’t keen on all the partying. Some friends of Ben have told him about a haunted swamp trip so he heads off to find it with Marcus played by Deon Richmond.

They meet a spooky character called Reverend Zombie played by Tony Todd who tells them the boat tour of the swamp can’t be done anymore but they should head to another place for one. When they get to the other place they book tickets for the tour and are driven there by an inept tour guide. During the bus drive we are introduced to the other characters taking the ghost tour (aka the victims). One of these will go on to be the main character of the franchise, Mary Beth who has taken the tour to search for her dad (Robert Englund) and her brother, both of whom Victor Crowley ripped apart in the opening scene. The boat tour doesn’t go well and the boat crashes. From here on it’s a case of one gory death after another until a final confrontation with Victor Crowley. Some say he’s a ghost, others that he never died all those years ago but one things for sure he’s very VERY real and a complete lunatic who mercilessly slaughters anyone who comes onto his land. 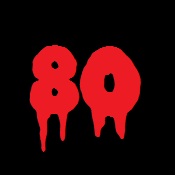 The second Hatchet film takes place directly after the first as in we see the scene from the end of the first film and then the story carries on. This is a great idea there’s no waiting months or years storyline wise we return straight away to our heroine Mary Beth. Problem is she’s now played by a different much less likable actress in a rather odd recasting decision.

The new Mary Beth she smells what the Rock is cooking!

This film shows us more of the origin of Victor Crowley, we see Kane Hodder play Victor in the present day and he plays his dad in the flashbacks to the origin. Now it’s not exactly top class story telling but it more than serves it’s purpose for the trilogy and is one of the better thought out stories you’ll see in a set of films like these. Mary Beth manages to get back to the town where she visits Reverend Zombie who tells us how Victor Crowley became this ghostly killing machine monster. After some threats Reverend Zombie agrees to take Mary Beth back into the swamp but only with help, so he offers money for the head of Victor Crowley and to get his crashed boat back.

After some more victims accept to go they land on Victors land, from here once again we are blessed to see some of the very best gory kills in horror films. They’re not realistic but they are fun as we see people pulled in half, someone decapitated, limbs sliced off, skulls pulled out through someones stomach, heads being turned around and ripped off. It really is a master class of over the top gore. Once again leading to a final confrontation with Mary Beth and Victor Crowley. 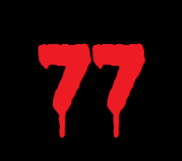 The third and so far final Hatchet film is my favourite but only just. Once again it carries on directly from the second film making the whole trilogy take place over only a few days. In this one Mary Beth walks into a police station covered in blood, the moron sheriff believes she’s responsible for the 20-30 people ripped to pieces on Victors Crowley’s land. He’s called out to the place of the murders, along with some medical staff, a few more cops and as night falls a SWAT team. This means plenty of people for Victor to murder gruesomely, meanwhile Mary Beth is taken out of jail by a reporter who’s been ridiculed for her reports on the existence of Victor Crowley. Along with a deputy they go to find the ashes of Victors dad in the hopes that if he gets them he will be at peace, it’s here we’re given a brilliant cameo by Sid Haig.

After grabbing the ashes these three return to Victors land, when they get there however Victor has worked his magic over just about everyone. The main problem with this film is that Mary Beth has turned into a completely unlikeable bitch which is a real shame. Once again we are given a confrontation between Victor and Mary Beth but the fate of Mary Beth is unknown as the film ends much like the previous ones, so surely this means we’ll get a fourth film doesn’t it?

The origin of Victor Crowley is a good one, sure he’s murdering innocent people in more and more impressively gory way but there is some sympathy for him at least when he’s a kid in the flashbacks. The cameos have to be mentioned Robert Englund and Sid Haig along with a character from the first film returning for a few seconds in the third in a quite comical scene. Tony Todd another horror legend cameos in the first but has a more extended role in the second. The films carrying on directly from each other is a great touch as well. I’m sure any Buffy fans who are a bit pervy will like seeing Harmony topless!

I’m not sure how it happened but Mary Beth being recast and then turning into a complete dick in the third film was a big let down, maybe it was fighting Victor Crowley and seeing people pulled apart that made her change but it’s not something I liked. I could see some people disliking the acting, it’s not the best but it never really put me off the films.

Victor has a present for someone

The main attraction of the Hatchet films is the gore, it’s done similar to splatter films. When someones limb or head is ripped off there’s bloody spurting all over the place. I loved the gory kills in this movie the best one being a sort of decapitation involving a table and someone killed during sex.

So what I’m saying is if you love a gory slasher where you’d happily see the idiot characters all die in stupid over the top gory ways then the Hatchet Trilogy is just what you need. Thoroughly enjoyable and I really want to see at least one more sequel!

One thought on “Hatchet Trilogy Review”