As usual I mistimed how long it was until my tea was ready and as such had to rush a decision on what to watch, a quick flick through the Sky Movies and I picked As Above, So Below. I like found footage films but as I’ve discussed on Twitter the genre can be a big let down at times.

The film starts with the heroine Scarlett on her way to somewhere in Iran in search of something her Father had devoted his life to before dying. She finds what she’s looking for and heads to Paris where she makes a documentary about her search for a stone that can turn metal in gold. After her trip to Iran she finds she cannot read the writing she had filmed whilst over there but luckily she knows someone who can. After a bit of a boring run around trying to find the location of this stone she is led to believe that it’s somewhere below Paris. 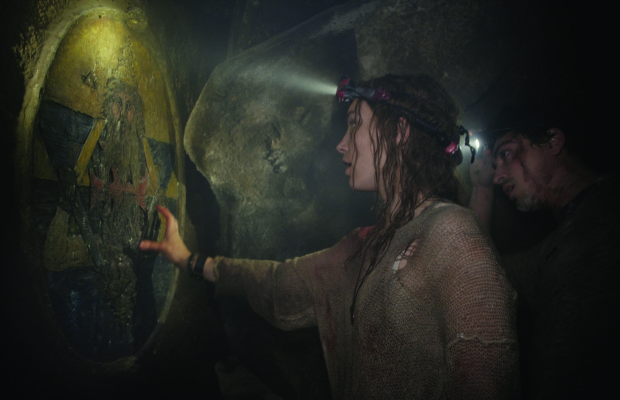 Scarlett along with Benjamin (the camera man making the documentary) and her translator/boyfriend/bloke she screwed over during her adventures they head to find someone to lead them to the catacombs below the streets of Paris. Once down in there, she’s warned not to take some passages as they are evil, whoever goes down there tends to not come back. Unfortunately they are led down one of these evil passages and this is where things get really weird. The passage leads further and further down with the main characters deciphering various conveniently placed puzzled with relative ease. There’s a good claustrophobic feeling to the film at times but some cheap scares along the way.

I quite liked the set up to the characters entering the catacombs below Paris, although it was really a cheap rip off of Indiana Jones style adventuring it was better than a ‘oh lets head into the catacombs for no reason’ idea. The main characters were acted quite well too, especially Scarlett and the camera man who were extremely believable in their roles. Usually with these films you can pick out who’ll die and who’ll live quite easily but this film has what I considered a bit of a surprise in that department.

There should have been more scares in a film set in such a creepy claustrophobic place!

Camera work was too clean, I know with modern technology we can get very clear pictures but for films like this a bit of stuttering and stuff can only add to the atmosphere. I found the film dragged a bit with them revisiting several corridors we’d already seen them in feeling more like a way to save money than a way to further the plot. There could have been a lot more scares and some better deaths in the film.

I wasn’t overly keen on this film and as such I don’t rate it as one of the better found footage films I’ve seen. 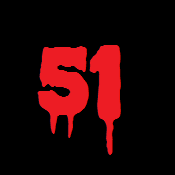