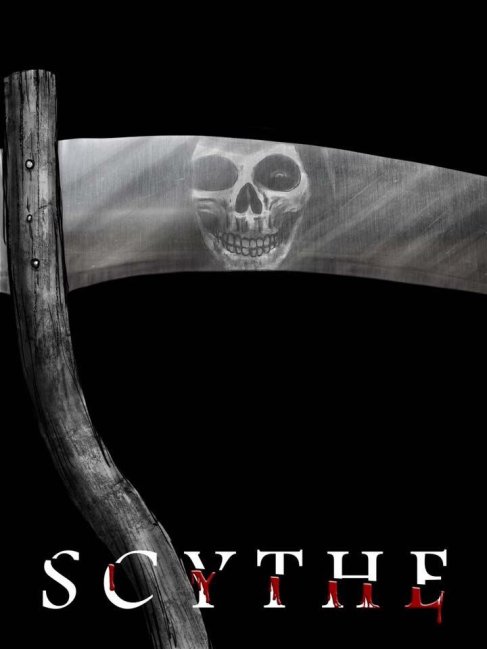 When I set out to do this blog I never expected it to take off as well as it has and I certainly didn’t expect to be sent stuff to review. I’ve been sent two films so far and am currently reading a book I’ve been sent, I also have the opportunity for more horror books as well! However I was most happy when I was sent a 15 minute short of the film Scythe, which has just launched on kick starter. Here’s my take on the short and if I think the feature length film will be any good.

“It’s a psychological SLASHER THRILLER in the same vein of Halloween, Saw & Hitchcock.”

Let’s face it the slasher genre is filled with stereotypical characters usually ones we can’t wait to see get brutally murdered, there’s usually one of two mainly the “final girl” that we want to see make it. There’s the usual cliches that pop up leaving you thinking why did that moron do that?

The director and writer of Scythe promises this will not see the normal slasher behaviour of running up the stairs instead of out of the door, identifying exactly where the character is by having them call “who’s there?” from the darkness or the one that annoys me the most tripping over absolutely nothing as a cheap way to increase the tension of a chase scene.

After a quick Twitter conversation I was asked if I’d like to watch the short of Scythe, this is one scene that has been expanded into a short movie  to be screened at various movie festivals and to show potential backers of the film. I was intrigued so I immediately said yes.

The two girls in the sort are both pretty solid actresses!

With indie films it can be said that the acting can sometimes be below average due to them not using professional actors so I didn’t know what to expect. From the moment I started the short film it was a pleasant surprise to see two girls speaking/getting stoned that were both solid actresses. They were chatting away with one seeming very depressed about her life in general worrying about the direction she was heading in. Eventually she decided to head home and left, leaving the other girl flicking through the TV channels. The program she watches is interrupted by a news flash saying that the Grim Reaper Killer Donald Wade has escaped and is on the loose in the area the girls live in.

The killer is basic looking and I love this, it gives a more realistic edge to things as it appears like a lunatic has just dressed up rather than an over the top looking killer

She immediately phones her friend who is glumly walking home to tell her there’s a killer on the loose. Just as the call begins to break up she notices someone is behind her stood still and looking at her from a distance. This leads to a very well done chase as the girl tries to get home as quickly as possible, she actually hides in the correct place so she doesn’t get caught and slips away from her stalker. Once home the power has gone out and the girl lights some candles before taking a shower. She ends up noticing the door to the bathroom open and gets freaked out, the telephone suddenly rings and she’s informed that the power will return and then all the lights spring back on.

The girl seems annoyed at herself and lays on her bed laughing, this doesn’t turn out very well for her as we’re treated to a pretty well done death the first half of which we see, then it pans out to the house and we only hear her screams to confirm her death. I did laugh when the girl avoided going into the basement with only candle light to guide her, maybe this will finally be the slasher we all want, one where the people aren’t brain dead cannon fodder for the killer! It’s also worth mentioning that the music for the short is brilliantly done giving it an old school sort of sound, it really helps build the tension.

If the feature length film is as good as the short, which I’m confident it will be then we’re in for a treat! The film has just launched on kick starter aiming to get the second half of their funding having already raised half the money needed, check it out and if you can afford to it’s well worth donating to with various perks depending on the size of your donation.

One thought on “Scythe – A Kickstarter Slasher Preview”