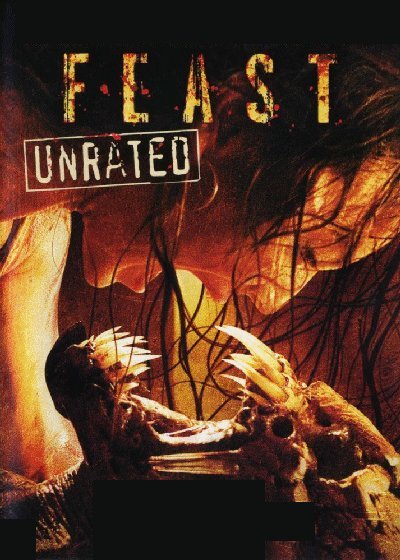 I stumbled on this when I was thinking about the film Tremors I googled best monster films and this showed up. I saw that it was a trilogy but the reviews said it got progressively worse after a good start, not sure why but this made me want to watch it. It also had Henry Rollins in it so what could go wrong?

“The gore, the beautiful, plentiful gore!”

Trivia – At one point Clu Gulager, The Bartender, says “I’m not Billy the Kid.” Gulager played Billy the Kid in The Tall Man (1960).

Trivia – The movie’s development was part of Matt Damon and Ben Affleck‘s Project Greenlight(2001) program. At one point, there were talks of them playing Bozo and Hot Wheels.

This review will be kept short as I don’t want to give away any of the deaths which I found highly amusing. The film starts with a bunch of people getting drunk in a bar every time we are introduced to a character the camera freezes on them and we get a quick stat sheet about them. It tells us their name, occupation and life expectancy it’s a good and amusing way to introduce new characters. All the characters don’t really have names and instead are called Bozo (Balthazar Getty) Coach, Hero, Heroine, Beer Guy, Hot Wheels (who’s in a wheel chair) Edgy Cat (Jason Mewes) Honey Pie, Tuffy, Harley Mom and Bartender. 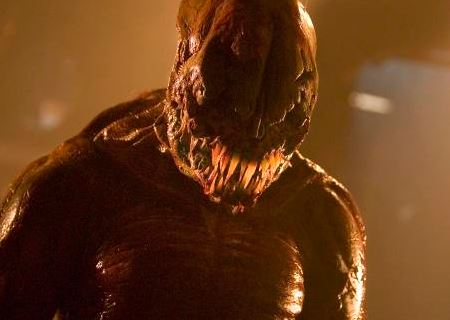 Suddenly someone enters the bar covered in blood and warns everyone about some big monsters chasing them no one listens to his warnings until he throws a monsters head on the bar. There’s a really good and somewhat unexpected kill as the group attempt to board up the doors and window, we are then joined by the Heroine character. Unfortunately a smaller one of the monsters has got into the bar and caused a panic, it’s eventually found humping a deer head mounted on the wall before taking a shotgun blast and falling into a refrigerator which is promptly locked.

After hunkering down for a while the group need a plan of action so Coach decides they should show the monsters the corpse of the one they killed in an effort to scare them off. This as you can guess backfires hugely and upon seeing the dead young monster two monsters outside start having sex and a new baby monster plops straight out of mummy monster.

From here the monsters keep on attacking the bar whilst the group try to escape, they formulate a few plans that ultimately fail, strapping a bomb to a corpse and distracting the monsters so Honey Pie can run to a truck, drive it around and save them all. Ultimately all these fail and it leads to a final stand off against the monsters and a handful of the characters manage to escape.

This film does a brilliant job of making you assume people are going to live and then WHAM! it kills someone unexpectedly, it gives a real edge to the film where you begin to think that anyone really can die. By anyone I don’t mean Walking Dead “anyone” which means anyone apart from 3 or 4 characters, I mean anyone at all can go in this film at any time. The story is simple and the attacks by the monsters are well done happening at various times throughout. As I mentioned earlier the introductions to the characters featuring a bit of information about each is a really good and easy way to introduce the cast.

People are constantly getting covered in all sorts of bodily fluid

Some of the monster effects are a bit dodgy although they’re mostly good with very little CGI used. A couple of the characters are a bit annoying at times but I suppose that adds to their deaths. Other than that there’s not that much wrong with the film.

The gore, the beautiful, plentiful gore! This film is packed with gore I mean jam packed, there’s green monster goo being spat at people, maggots coming out of a face wound as someones skin slowly melts. The blood is over the top and I love it, people get covered in blood from monsters deaths and from human kills. It really is a beautiful experience.

I’d recommend this film to anyone who likes a good gory monster movie, sure the story is basic but it serves it purpose. The biggest plus is the gore and the fact that just when you think you’ve got things worked out there’s a surprise death thrown in here and there. 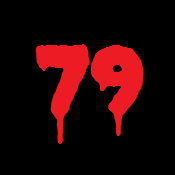