After starting this blog I decided to try and get some foreign films watched, although I haven’t reviewed them I absolutely loved Switchblade Romance and High Lane (also known as High Tension and Vertige) After seeing lots of tweets about Asian horrors I decided to start with Ju-On The Grudge, I’ve never seen the American remake so can watch it without having that influencing me at all. 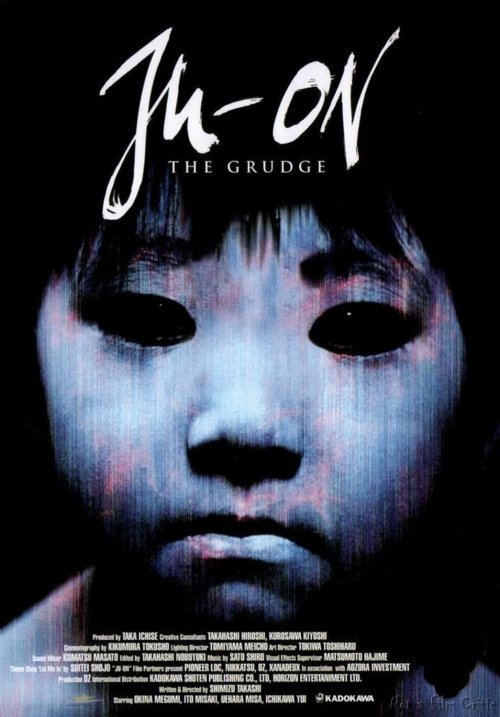 Trivia – This film is the third installment of the Ju-on series. The film was preceded by two low budget films from 2000, whose storylines are continued in this sequel.

The film starts off with a very grainy effect in a scene showing us how the curse of this haunted house was born. It shows a man committing brutal murders and through these murders a curse is placed on the house, anyone who enters the house ends up being killed in a creepy manner by the ghost of the murderers wife, child and cat.

The film show Rika entering the house first as a social worker helping out with house work and stuff. She encounters a series of creepy events at the house, strange noises, an encounter with a child like ghost and witnesses a shadowing type creature attacking someone. 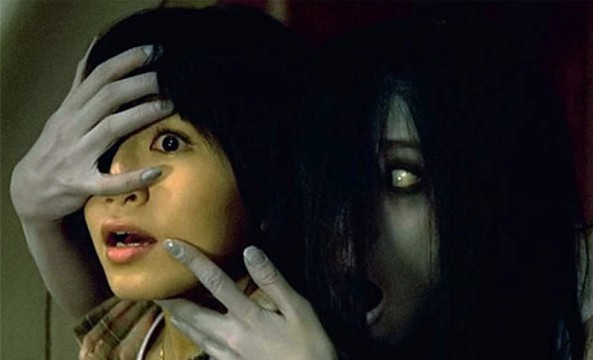 I don’t want to spoil too much for anyone else that has not watched this film before so won’t go into too much detail. We see various people enter the house and all end up cursed and as such they are hunted by the ghost and eventually meet their end.

I also enjoyed the way Rika (the first person we see enter the house) ends up with people weaved into her story. I think this is quite a creative way to add more characters and more story to the film.

The best of the minor stories for me is the link between the first person that investigated the original murders and his daughter Izumi. Although it jumps about a bit from person to person, these stories are cleverly weaved together. The ending of this film I’m told is very different to the ending of the American version. Someone on IMDB claims this is because Japanese audiences don’t like a conventional ending, I’m not sure how true this is as I’m no expert on this type of film or indeed Japanese movie culture. 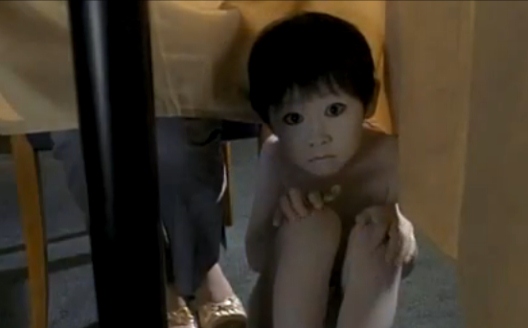 The ghosts are brilliantly creepy even though the film focuses more on story than effects the deaths are well done. It leaves a fair bit to the imagination which can sometimes fail however in this case it really does work well. The make up and the little effects we do see are more than adequate.

Toshio the little boy and his cat are possibly the most creepy looking ghosty creatures I’ve seen in a film. The smokey shadow type creature who is the wife is also damn creepy! I for one would not like to be perused by any ghost especially these ones.

Although I enjoyed the story I felt at times some of the time jumps were a bit odd, it wasn’t hard to follow but I think a more linear story would have been just as creepy and just as fun to watch.

This might sound picky but the only time I didn’t find the kid spooky or creepy was when he spoke his own name, if anything the way he said it made me laugh. I wouldn’t have included this in the film, I think an eerie silence from Toshio would have suited the scene a lot more. 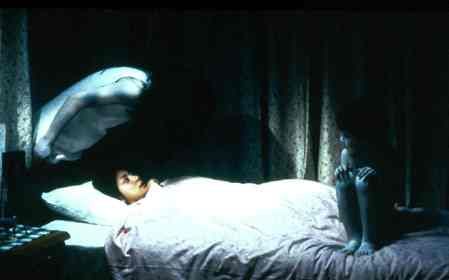 I’d have liked a few more glimpses of the shadowy ghost, we do get to see it a few times and I suppose it could be argued that less is more. However I’d have liked a couple more scenes added to various stories we are taken though.

The ending I’m kind of unsure on, as I said is it a cultural thing to leave things to your imagination? or is that statement a load of rubbish? I wouldn’t say it was good or bad as I am so undecided on if I liked it or not!

Overall this film was more than worth a watch, my hopes were that it would inspire me to watch more Asian horror and it has succeeded. I will now be seeking out more Asian horror to watch, if you have any recommendations then feel free to help me out and leave a comment with your recommended films. 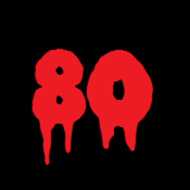 One thought on “Ju-On The Grudge Review”