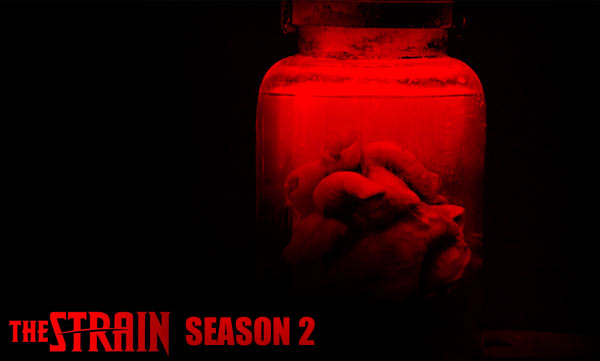 After greatly enjoying season one I obviously had to watch season two, as such this meant it’d be silly of me not to write up a quick review on my thoughts. I did wonder if it would be as good viewing as the first season was so here’s my thoughts.

After the ending of the first season the second one only had one place to go, more battles with vampires and more confrontations with The Master and Eichorst. The story is once again pretty damn good throughout, we get more information about every character in the show apart from maybe Norah who I felt was a bit neglected at times.

We start off seeing Eph and Norah develop a biological weapon that they can fight against the vampire infections with. This leads Eph to go gallivanting around the country as he searches for the resources he needs to make the biological weapon and get it into mass production. We get to see how Eph has become an even bigger arsehole than he was in the first season with his complete lack of regard for anyone other than himself and on occasion his son, although he is willing to dump his son with anyone at various points through the season. His journey to get the weapon mass produced is a well written storyline if a bit predictable with an occasional splash of convenience thrown in here and there. 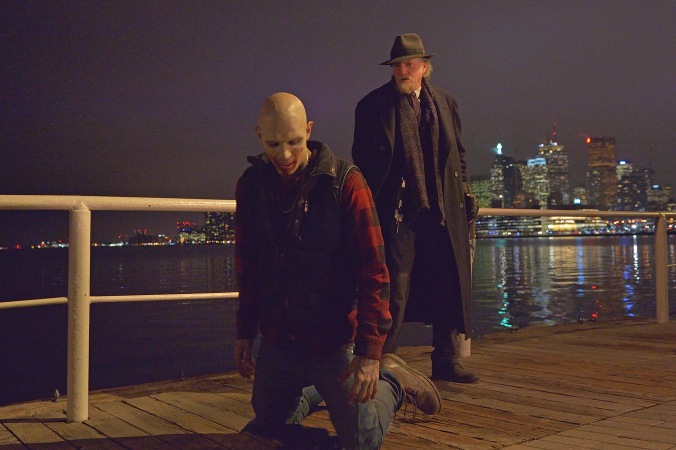 Setrakian along with Fet spends a great deal of time hunting down an ancient text that he believes could lead him to defeating the master and the strigoi. I loved this story it saw a character that we met in the first season return and it meant we got a lot of interactions between Eichorst and Setrakian. It also led to a a big event in the last couple of episodes that could end up turning one of the villains onto the good side of things or maybe not.

Fet was my favourite character in the first season and he’s once again probably the most likable in the second season. That is until Dutch’s girlfriend returns and there’s a weird love triangle between them, I wasn’t keen on this story at all. I like Fet when he’s blowing stuff up and killing vampires, sure it adds another layer to his character and hers but for me it all seemed a bit unnecessary.

Gus is also back and as much as I like his character and big aspects of his storyline some of his scenes felt as if they were just put in to give him something to do. There is a brilliant episode which starts with an old black and white movie showing a wrestler fighting vampires, Gus then tracks down the man who played the wrestler. Gus then happens to fall for a girl that is working where the ex actor/wrestler/vampire hunter works and that leads to his romance story for the rest of the season.

The biggest plus in this second season run was the replacement of Gus’s boss with Quinlan, he’s come to help the ancients track down and kill the Master. He’s more like Blade than like the other vampires we’ve seen, his back story is one of the highlights of the show. Although his appearances seem very limited, I’m hoping he gets a bigger part in the third season which to be fair he did get in the last few episodes. 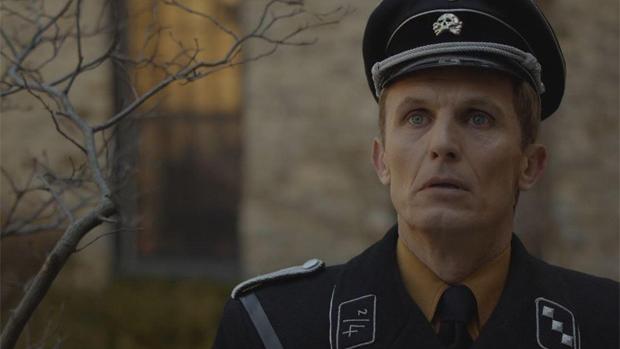 Flashbacks to Eichorst’s past are brilliantly done

The show surprised me in excelling at flash backs, I’m not a fan of flash back scenes sure I can see why people do them but usually I dislike them. However The Strain does these brilliantly we get to see how The Master took his current form in flash backs to things that happened hundred of years ago. Quinlan is fleshed out with his back story going back thousands of years to Roman times. My favourites are when we get to see Eichorst and what he was before he was turned, how he became part of the Nazi party and what led him to betray people when he was human. 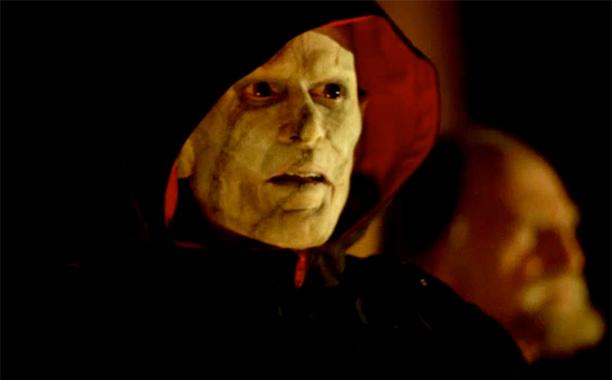 We are also shown Justine Feraldo a council woman that is one step at a time trying to take back the city. She comes up against resistance from various “powerful” people and she meets it head on. She’s an immediately good character that adds a lot to the story. The show so far had revolved around seeing our small group take down a handful of vampires at a time but now we see things happening on a larger scale and the problems that can bring.

Even Eldritch Palmer is given a love interest that slightly changes him, although he’s still a tricky old bastard out for himself. We also get to see some flash backs to when he was much much younger which once again succeed in adding another layer to another character. 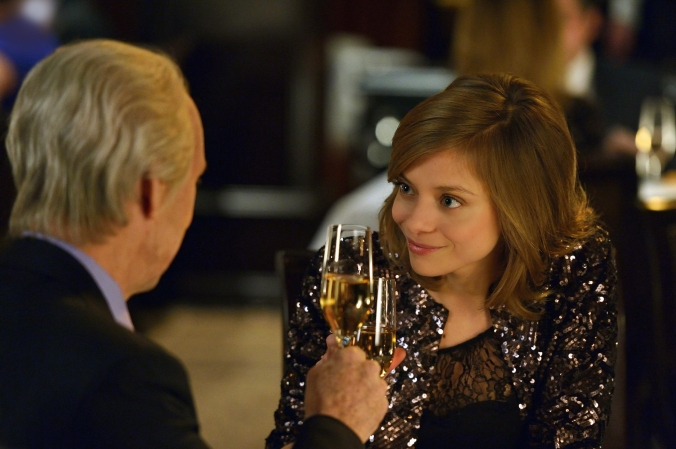 Damn That Was Cool

I think it’s worth mentioning that the episode Battle for Red Hook has a one off special animated introduction, it’s not a big thing but it’s cool and extremely well done. This would also qualify as The Best Episode although it’s tied with the episode that shows the flash backs to Quinlan’s past and introduces him into the series.

I feel I’ve already covered what I loved about the show so now it’s time for the bad. I mentioned the love triangle that I wasn’t keen on but there’s a couple more things I didn’t like at all. Mostly the recasting of Zach was awful the young actor just doesn’t seem that good and is very different to season one’s Zach, he’s also an annoying idiot of a child. 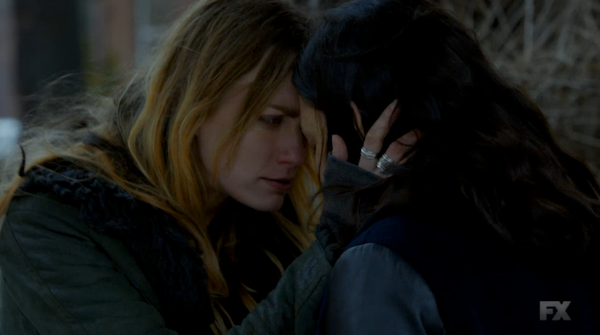 The weird love triangle is so boring

As I’ve watched this show I’ve found Eichorst to be one of the best villains I’ve seen in a long time, he’s not cool which is a trap many shows and films fall into. He’s cold, vindictive and damn evil so why on earth would the writers include a scene that turns him into a pervy weirdo. There was no need at all for this and as I watched it I just kept thinking why? Why would you do this?

I have to say about Eph, what’s wrong with shows having likable main characters rather than unlikable people with the same issues we see in hundreds of shows and movies. A useless husband, a poor father and an alcoholic it’s so cliched and boring. It’s almost as if they’ve tried to make him as generic and unlikable as possible. 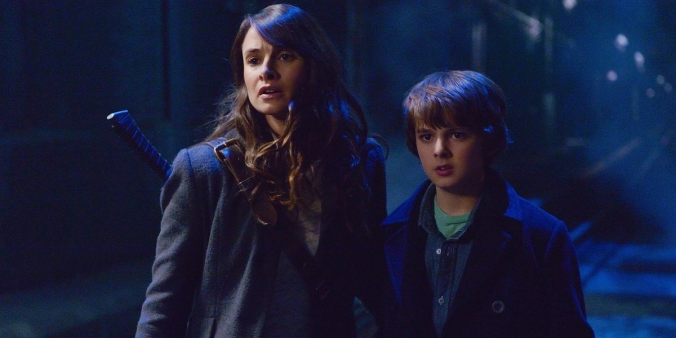 Overall this season was a great watch, it expanded the universe from the first season and added a couple of new characters into the mix. I can’t wait for season three and I hope they can keep this going. There’s enough storyline from season two that needs to continue and I’m interested to see how Gus gets on fighting with/for Quinlan and how they interact with Setrakian. Also please make Eph a bit more likable, he seemed better in the last few episodes and given the events of this season I’m hoping he’ll be changed for the better.

I can’t really separate these seasons ratings wise so it’s going to be exactly the same. The best way to look at this is that it does have morebad parts than the first season but it also has more good as well. 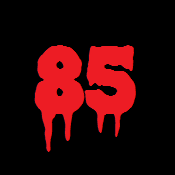 One thought on “The Strain Season 2 Review”