Pretty cool cover right? Well that’s just about all that’s good about this film it’s the worst film I’ve seen since I started this blog, but you should read on if only to check out the rating it gets!

With this being an Asylum film I didn’t expect much but somehow it was still a huge let down, the premise of the film is a decent idea for a comedy horror problem is they left out the comedy and just made a terrible movie.

The opening scene was about as good as the film gets, it follows a group of doctors who try to help a small monkey, problem is Mr Monkey dies and becomes an undead zombie. Mr Monkey gets angry and rips someones eyes out and tosses them on the floor. The monkey then escapes and infects various animals around the zoo. This also happens to be whilst the zoo is closed and the only people there are security, the director of the zoo and a bunch of incredibly bland and irritating people working as apprentices. 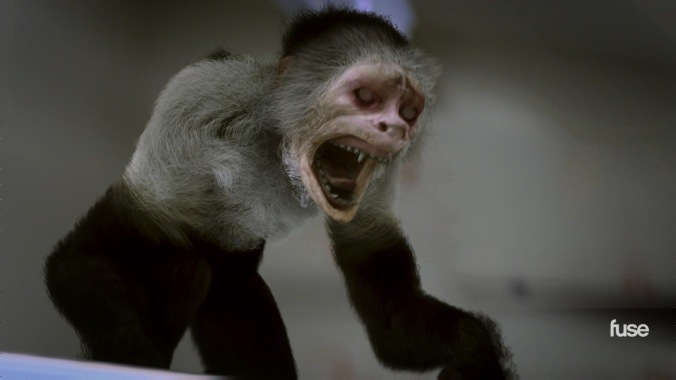 The biggest problem story wise is how everything is put in place very early on. The main character has a young child she takes to work with her, the youngster plays in a room that’s sealed with a door that opens by keycard.

These things and more end up playing out exactly how you’d expect them to there’s hardly any surprises other than what animals our “heroes” will have to face off against. Eventually they fight off all the infected animals including stopping them from getting out of an aviary which would have been catastrophic. 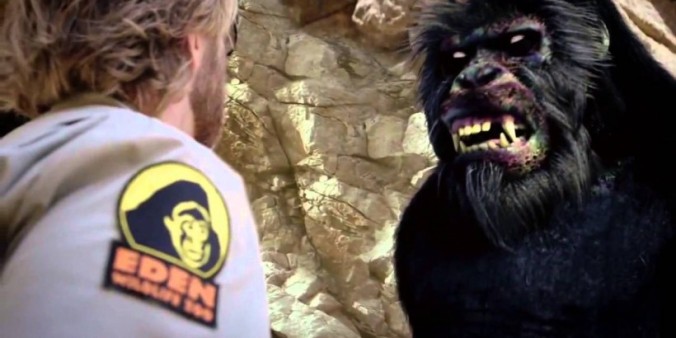 Is there any? I suppose Kim Nielsen as Dr. Ellen Rogers and her daughter weren’t annoying but it’s reaching to suggest creating two characters who aren’t irritating is a positive, however that’s the only thing I can think of. I suppose at a push the opening scene was pretty good(ish)

The annoying characters there was no one I wanted to survive outside of the Dr and her daughter and I wouldn’t have been upset if they’d have gone as well. Not one likable character at all.

There’s a gorilla that’s friends with the little girl, they talk through the glass of the enclosure and it’s so painfully fake it’s laughable. Shouldn’t have even been included in the film. 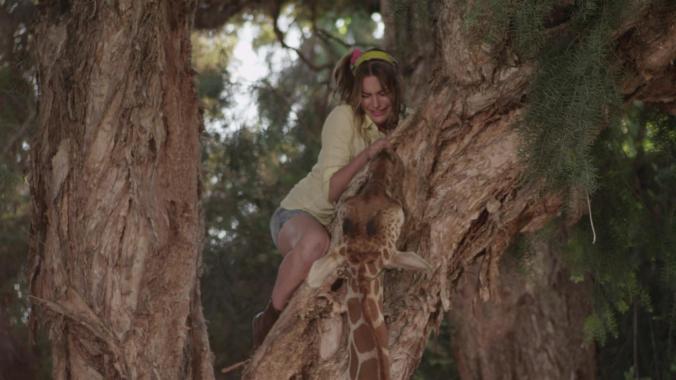 The effects were atrocious, okay I didn’t expect anything that good but these are far worse than the Syfy films which it’s trying to recreate. It’s a mix of awful CGI and what looks to be cuddly toys/puppets of some sort.

This really isn’t worth a watch at all, it’s not the worst film I’ve ever seen but it probably the worst for taking what could have been a half decent idea for a comedy horror and destroying it. I’m not against these types of films Sharknado is awesome because it knows it’s crap and it plays to that fantastically. Zombeavers is another one that’s not very good but well worth a watch as it knows what it is. Zoombies even has a silly name, when I saw it I didn’t think animal zombies I thought fast zombies! Due to having two likable characters and a half decent opening scene I’ll score it a few points but it’s really bad. 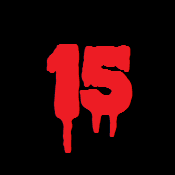