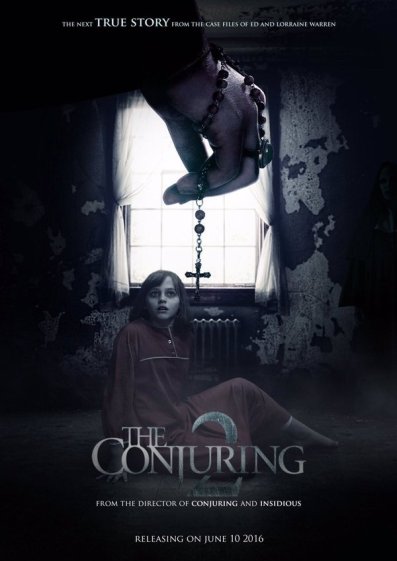 I don’t get the chance to watch many horror films at the cinema due to the showings of them round these parts drying up really quickly. With Conjuring 2 being set in the UK and looking pretty damn awesome I watched the first film the other week in preparation for a trip out to see this one and I wasn’t disappointed.

Before I watched this film I also watched a UK mini series called The Enfield Haunting, obviously this was about the same house. It was in three parts and couldn’t help comparing this TV show to this film. I’ll also be posting a review of the mini series some time over the weekend.

The Conjuring 2 opens up with two stories interwoven until the characters all meet up. Firstly we’re taken to the Warrens and we see them working on the Amityville horror case. Along with appearing on TV and with Lorraine experiencing some real creepy stuff involving a nun who could have been played by Marilyn Manson. 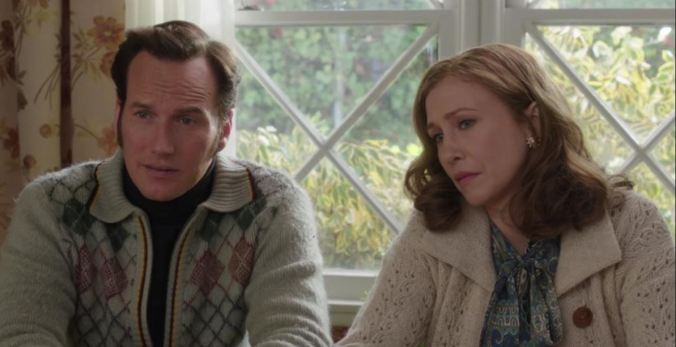 Whilst all this is going on in America we meet up the Hodgsons in England a family of five, with the mother and her four kids at home and no father around. The two girls start to experience some weird supernatural happenings the usual strange bangs and moving furniture to start with.

Things begin to get worse with Janet experiencing some weird teleporting which is put down to sleep walking. At first the girls aren’t believed until their beds shake and the Mother witnesses first hand things moving on their own. This is where the church start to take an interest in the case.

This film is full of creepy moments

They send in the Warrens to see if things are real or if the family is faking. The possession of Janet who speaks in the voice of a gruff old man along with several other events lead them to believe its all real. However something goes wrong and the Warrens leave as the church won’t get involved in anything that’s remotely fake.

There’s a bit of a twist and just like the first film the Warrens do things on their own and help out the family. It’s here we get a suspenseful ending to the film and it’s a damn good one.

There’s a creepy nun in Lorraine’s visions who turns out to be very important to the storyline as a whole, James Wan and the writers are very good in this regard. In the first film they managed to sneak in Annabelle who went on to have her own film and now they’ve managed to create another character with enough intrigue that it will also end with it’s own spin off. 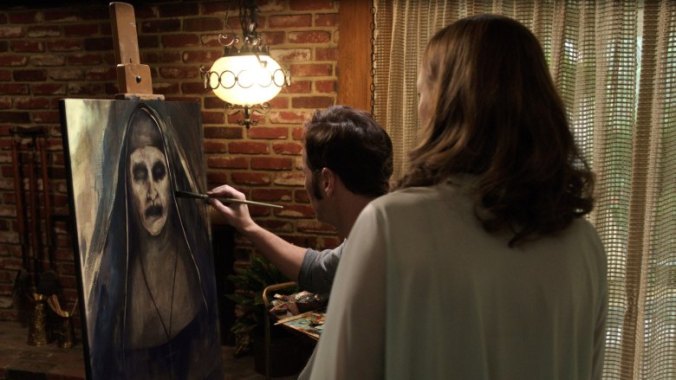 The acting is as expected top notch in this film Patrick Wilson and Vera Farmiga have their roles as the Warrens down to a tee now.

There’s some good scares in the film dotted around, some moments that may give people the odd jump here and there. Some may call these cheap but I enjoyed them and it’s always fun to see other people jump at a horror film.

All the spooky goings on in the house are brilliantly done as they slowly but surely build up to the finale. This is obviously helped by the $40million budget, meaning everything looks absolutely spot on all the time. 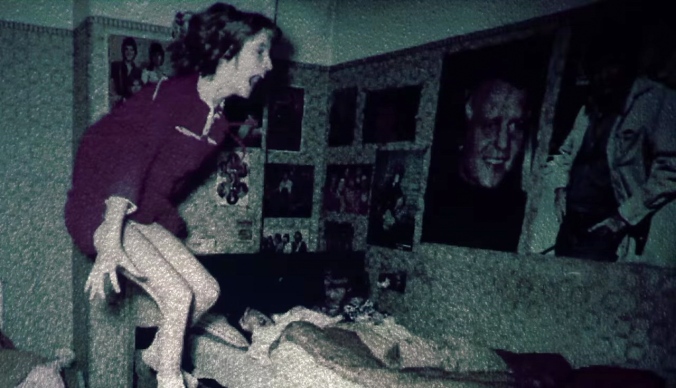 Is there any? It’s hard to think, I was worried about the 134 minutes run time, surely that’s too long for a simple haunted house story. Thing is I can’t even fault that as the pacing was pretty much spot on.

I honestly can’t think of any bad things about this film, hardly any movie is perfect but as far as ghost stories go this is a damn fine example of great film making.

I highly recommend this to anyone, it’s a cracking film that tops the first one a feat that is not easy given how good the first film was. We’ve got another spin off to look forward to which may or may not work but given the budget to box office takings ratio as long as Wilson and Farmiga are on board there’s got to be a third film lined up? I really bloody well hope there is anyway! In the mean time go and get this watched. 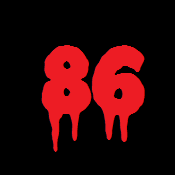