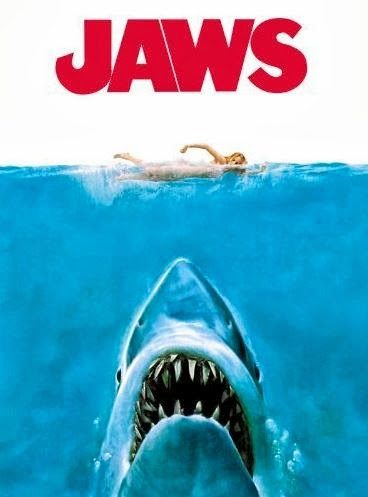 Jaws is one of the first monster movies I ever remember watching as a kid and it was the one that made me think of doing a month of monster reviews. It’s obviously considered one of the classics in any genre but does it still live up to today’s standards? 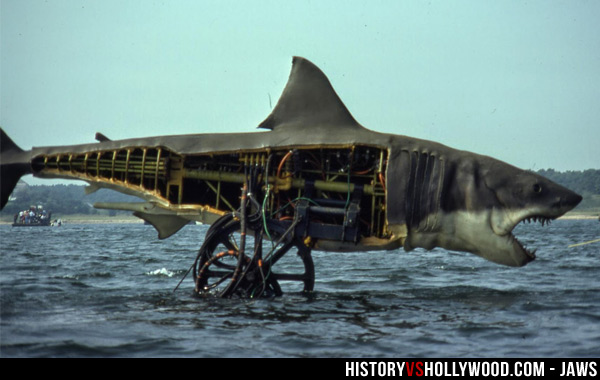 Trivia – After the shark was built, it was never tested in the water, and when it was put in the water at Martha’s Vineyard, it sank straight to the ocean floor. It took a team of divers to retrieve it.

Trivia – This was the first movie to reach the coveted $100 million mark in “theatrical rentals”, which is about 45% of the “box office gross”. It was the highest-grossing of all-time in the U.S. until Star Wars: Episode IV – A New Hope (1977).

Panic on the beaches

Jaws is a simple tale of a massive killer shark terrorising a small island community. The island is dependent on a summer trade so new police chief Brody also fights against the mayor and the business owners when he suggests they close the beach on July 4th, as well as trying to figure a way to get rid of the huge shark.

After a few attacks and one on July 4th the mayor eventually agrees to shut down the beaches and to pay Quint a high sum to chase and kill the shark. Brody despite hating the water joins Quint in hunting the shark. Also tagging along with them is Hooper a shark expert who believes he has something to offer.

The film is paced excellently as we’re only given glimpses and shadows of the shark as the attacks build up. It’s not until the three men go to hunt “Jaws” that we finally see the beast in all it’s glory. There’s a good isolated feel as the three men try to battle the shark over a long period of time miles from the shore line.

It’s coming right for us!

There’s no denying that “Jaws” is a classic film, some may consider it the best monster movie of all time. For me it’s close but I think there’s a couple more I prefer and whilst I rate this very highly it doesn’t offer quite as much as “The Thing (click for my review)”

What did you think of “Jaws” do you consider it a classic or overrated? Is it the best monster movie ever? Does it stand up effects wise if someone was watching it for the first time? Let me know either on the comments or over on Twitter @ABsHorrorShow