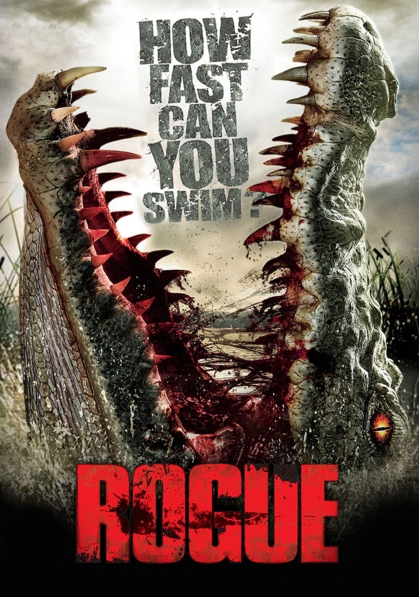 Carrying on the Monster Movie Month theme today’s review is Rogue, I had somehow never seen this and someone recommended it on Twitter. I looked it up and thought yeah why not? Looks decent enough. Makes sense to watch a giant killer crocodile after watching a big shark eat people. 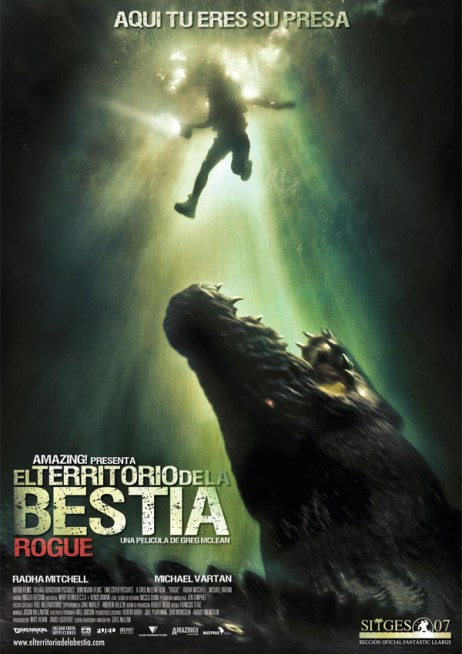 Trivia – The croc’s lair was constructed and shot in a warehouse in Maidstone (Melbourne Victoria Australia) which was the same site for much of internal barn shots in Charlotte’s Web (2006). With the story set in the rugged Northern Territory and much of the shooting done there also many would be surprised to learn that many of the “island” shots were done in a man made lake in country Victoria. The art department and the greens department being responsible for making the rocks and trees resemble those in the Territory.

Trivia – One of two Australian crocodile movies made and released in 2007. The other picture was Black Water (2007).

The story of Rogue is pretty simple as you’d expect for a giant crocodile attacks people type film. We’re introduced first to Pete (Michael Vartan) who after venturing to a small bar in the back end of nowhere makes his way to a boat for a sight seeing trip down river.

He meets the captain of the boat Kate (Radha Mitchell) and the rest of the tourists taking in the scenery, consisting once again as you’d expect from a monster movie of a bunch of annoying people. It’s good to see John Jarratt from Wolf Creek make an appearance as a bit of a loner on the boat. 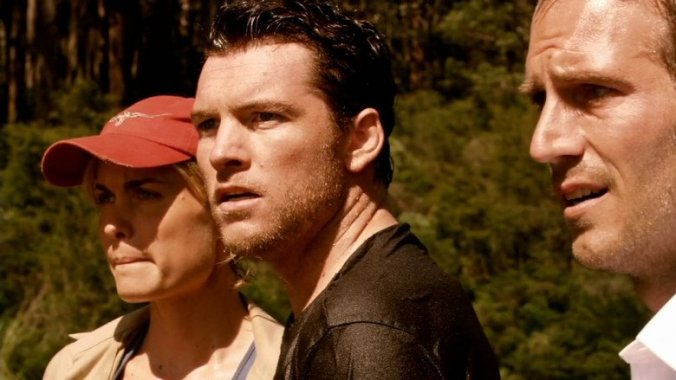 After a bit of travelling two morons in a speed boat come speeding past one called Neil (Sam Worthington) clearly has some sort of history with Kate but she isn’t interested and he’s soon told to get off the boat by a couple of the tourists and return to his speed boat.

Someone taking their holiday video on the boat spots a flare going off, despite it being hours out of their way Kate decides to go help whoever it is that set the flare off against the wishes of her tourist passengers. The moaning tourist were right as the boat ends up crashing leaving everyone stranded on a small muddy island, the island will soon be under water but that’s not the only problem they face. 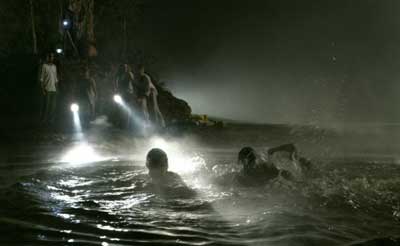 Once it goes dark I’d be pretty damn scared.

Enter the massive crocodile along with Neil who also ends up stranded on the island. The rest of the film then focuses on trying to get off the island and away from the man eating crocodile who doesn’t strike enough throughout the film. Eventually it all leads to Pete trying to save Kate from the croc’s lair. That’s where the films is at it’s most enjoyable and most tense. 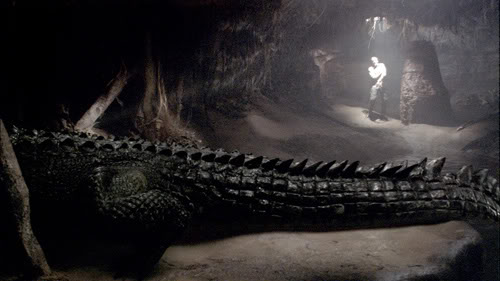 Rogue has a good build from the start to where they end up stranded and it continues at a good pace as they battle the monster. This is more than worth a watch, whilst I think there are better monster movies out there, there’s even better crocodile movies this is still a good fun watch. If there’d have been more deaths I’d have scored it a bit higher.