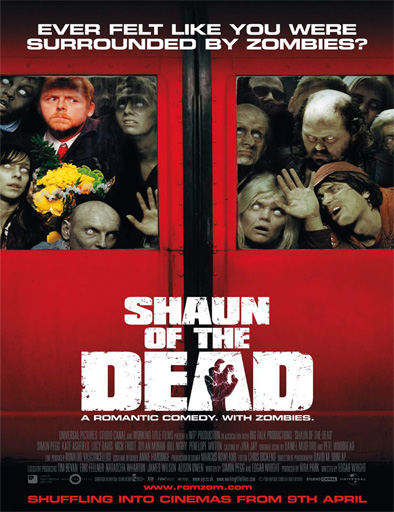 Along with Deathgasm and What We Do in the Shadows the first film we watched at a movie night was Shaun of the Dead, it’s a safe choice that non horror fans can watch and enjoy due to the comedy involved. If you liked Spaced or Simon Pegg and Nick Frost in general then that just tops it all off. It’s the first of the Cornetto trilogy and in my opinion probably the best one but just how good is it? 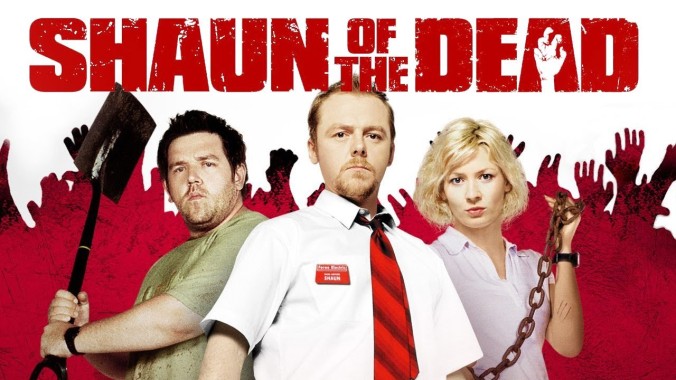 There’s not much of a story and it’s all very simple as are most zombie comedy films. Simon Pegg plays a loser named Shaun, he’s stuck in a dead end job and his life revolves around going down to the Winchester pub for a few pints and living in a house he shares with uptight Pete. Also crashing at the house is Ed, Shaun’s loser friend who seems to have no hope, no talent and is a drug selling waste of space.
Despite being ridiculed at work as an old man by his teenage work colleagues and all the things I mentioned above he has somehow landed himself an attractive girlfriend who wants more for them than going down the pub. However things change one day when a zombie apocalypse strikes. 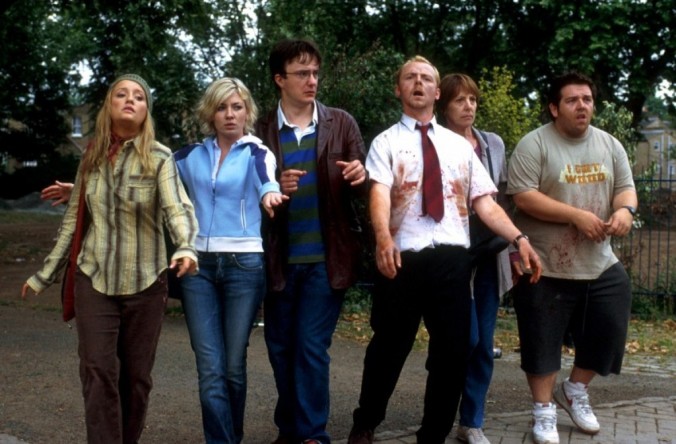 This gives Shaun some balls and drive as he risks his life to try and rescue his girlfriend Liz and his mother from the zombies. He somehow convinces them to all head to the source of their problems the Winchester pub. The journey to the pub and the inevitable battle for survival are what makes the films so good. 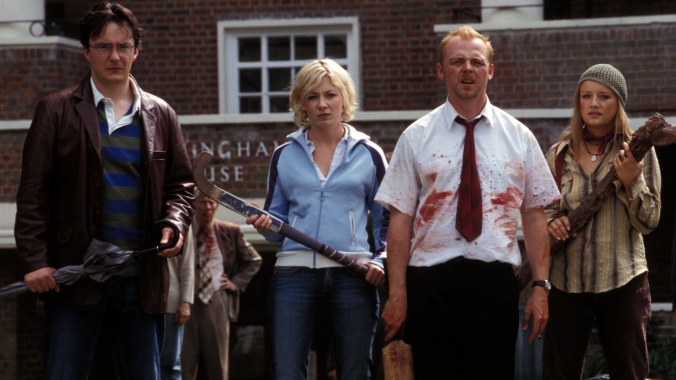 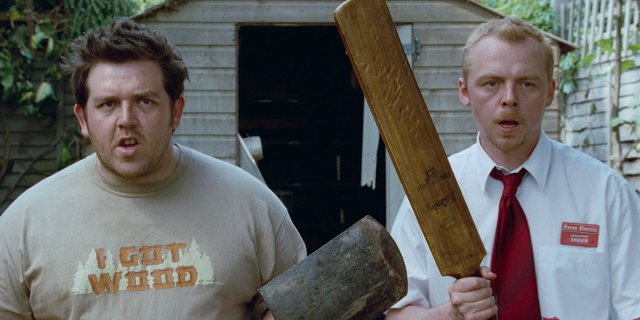 The Bad
That’s it that’s the only thing I can think of that’s even remotely bad about this film. I think it’s hands down the best British horror comedy ever made and arguably the best ever, I can only think of Deathgasm, Bad Taste and Brain Dead/Dead Alive that could possibly be considered better. 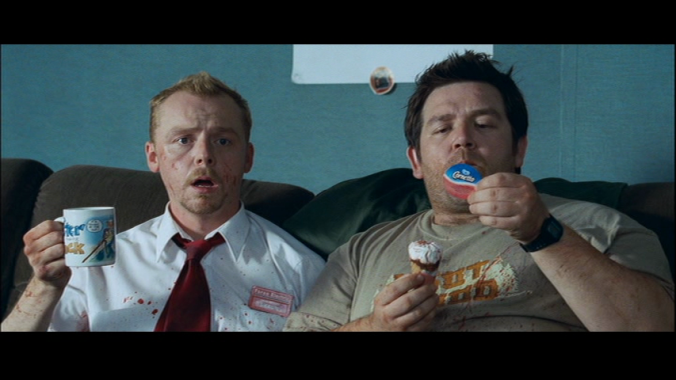 This is a must watch film for all comedy horror fans and even people not into horror will find amusement in this film. As I mentioned earlier it is the best of the “Cornetto Trilogy” Hot Fuzz is close but not quite as good with Worlds End being a far bit worse than those two classics. Shaun of the Dead has great acting, superb comedy, some decent gore, a nice and simple story but most of all it’s a hell of a lot of fun to watch.
Overall Rating – 9.5/10