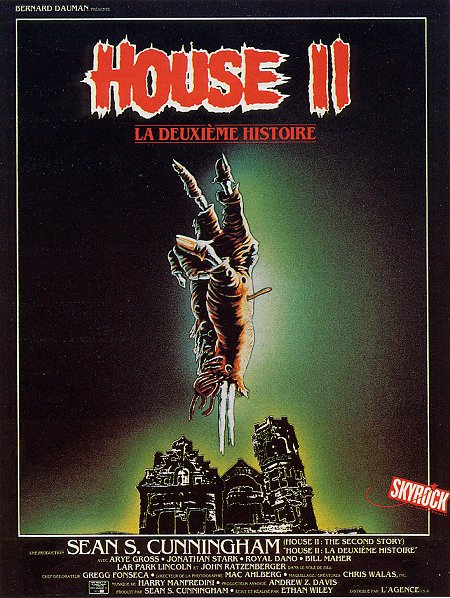 As promised after watching and reviewing the first House film here’s my review of the second one. I wasn’t sure if I’d watched this one when I was younger and after watching it I’m pretty sure I didn’t even though I had seen the first and the third, very odd! Well on Saturday I’ll post a review of the third film which seems to be tied with the first for the most liked of the House films based on Twitter interaction. For now though here’s my thoughts on the second House…….

Run Time: 88 minutes
Trivia – To aid in the promotion of the movie, a number of giveaway items were sent to theaters. These included crystal skull night-lights and caterpuppy figurines.
The second House film I thought would be in some way related to the first one but I was totally wrong. The only things connecting them are a bit of a “dodgy” house (although not the same one) and the effects are very similar.
In this one Jesse played by Aryn Gross (who has an extremely familiar face despite me not really knowing what it is I’ve seen him in even after checking imdb) moves into a house where his parents were murdered along with his party loving friend Charlie. Jesse is a bit of a nerd so whilst in the cellar looking at some old pictures of his great great great great grandfather a wild west legend, he discovers that he may have hidden a crystal skull somewhere. 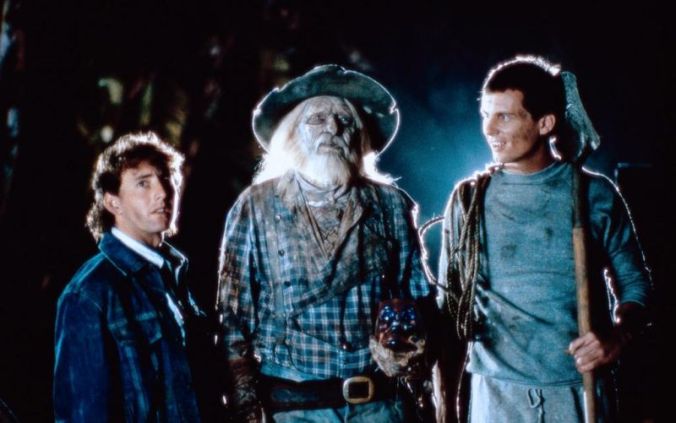 Jesse gets Charlie to go with him and dig up the grave of his great great great great grandfather to try and find the crystal skull. Turns out his great time four or five Granddad although dead is very much alive and eventually friendly. They take him home with them and try to hide him from their women and a bunch of party goers.
Then the film gets really really really weird, several creatures steal the crystal skull from the house. On top of that he has to deal with a sleazy agent trying to bang his girlfriend and for what seems like no reason at all his ex-girlfriend turning up and coming onto him. 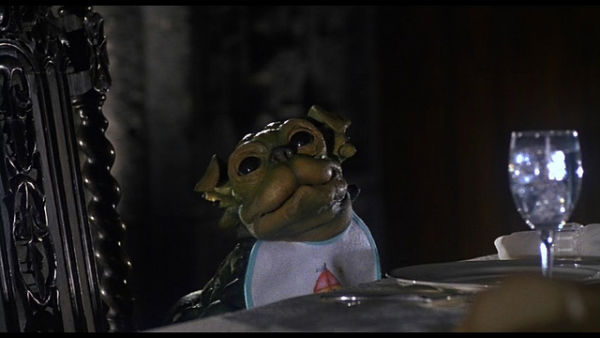 This leads to Charlie and Jesse going into a few different dimensions through portals in the house to try and get the crystal skull back. They end up with some unlikely help from another Cheers actor as they battle a bunch of crazed priests looking to sacrifice a princess who they bring back with them.
Everything leads to Jesse’s great times four Granddad having the skull taken by his old enemy from the wild west. With the skull gone Pops starts to fade away and it’s up to Jesse to find the skull and save Pops life.

The Good
The Bad

Yep this is really a screenshot from the film………
Personally I enjoyed this film but as I said it lacks any kind of horror element to it and has instead gone full on comedy. It’s not laugh out loud funny but for the most part it kept me amused. Now I’m going to be right in the minority here and although as a horror film it’s obviously worse than House but as a film in it’s own right I enjoyed this just as much.
This film was summed up best by @IsaacsHauntedB  when he said “This is a fun 80’s movie that compliments beer & chips.”
Overall Rating – 6.5/10