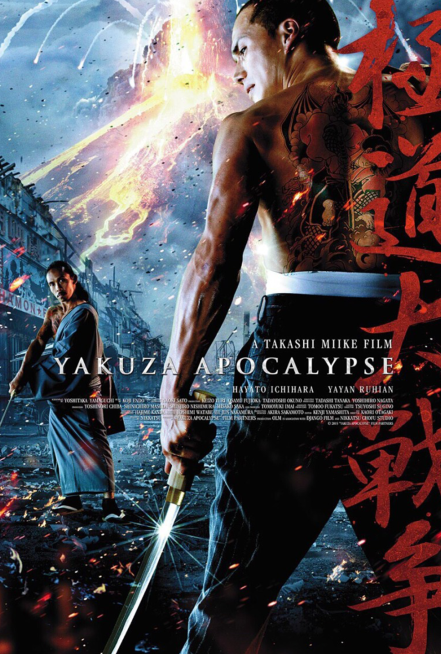 I saw this was on Film 4 on Saturday night and it looked pretty bonkers, I also saw it was directed by Takashi Miike who I’ve heard through Twitter several hundred times makes some really brilliant films. This is the first one of his I’d watched and I will be watching and reviewing more. To top if off it also stars that mad little bastard from The Raid! 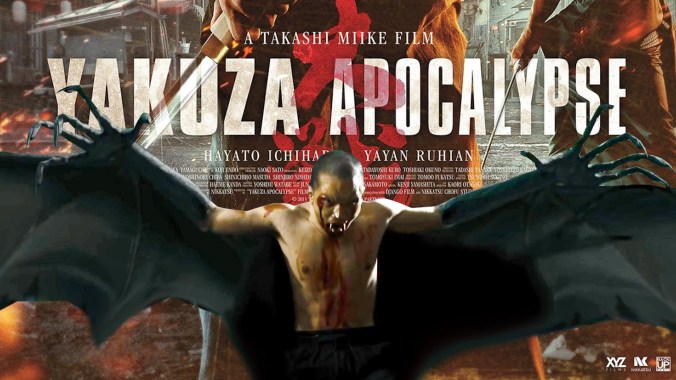 Run Time: 115 minutes
The film follows a Yakuza boss Kamiura who seems a pretty decent guy, he makes sure no one harms the civilians where he lives but he is hiding a dark secret, he’s really a vampire! The main character is Kageyama who had always wanted to be just like the boss, he is soon invited to be part of the gang but is ridiculed by the other Yakuza because the poor soul has sensitive skin and therefore cannot get tattooed.
One day a strange assassin arrives in town with a coffin back pack and a mad little ninja as back up. They tell the boss to either rejoin the international syndicate he was once part of or die. The Boss tells them to shove it and after a pretty cool fight scene they manage to kill him despite Kageyama trying to stop it.

It’s here The Boss managed to turn Kageyama into a vampire with his last breath. This gives him several new abilities but also a deadly thirst for blood, all is not bad though as everyone he feeds on turns into a vampire as well. Kageyama spends some time getting used to his new abilities before seeking revenge on those who killed The Boss.
There’s a problem though, it’s not going to be that simple as the syndicate has their own boss who is one tough, nasty and seemingly indestructible creature that every one fears. Now this is where things get weird, he’s also a bloke in a weird toad costume but don’t let that fool you he is one hard bastard. 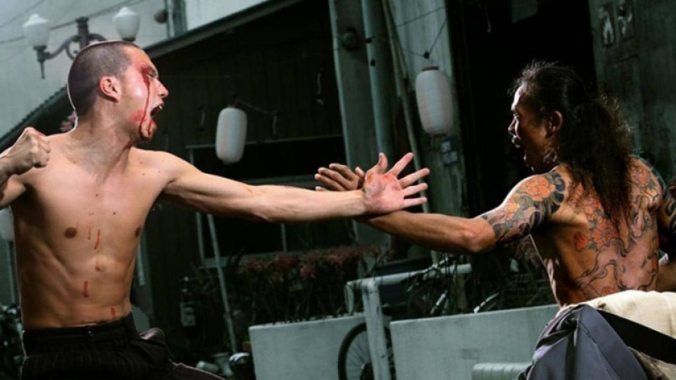 Kageyama tries to take him on and must control all his powers and use the support of his army of Yakuza vampires to help him seek his revenge. There’s also another problem that remains some what unsolved, the toad beast also has some kind of Godzilla toad boss/God/giant beast thing.
The Good 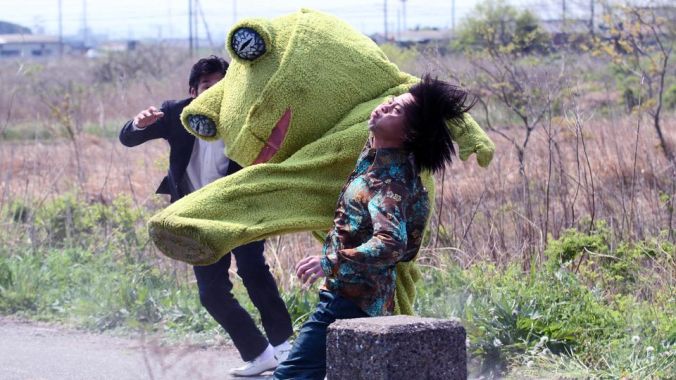 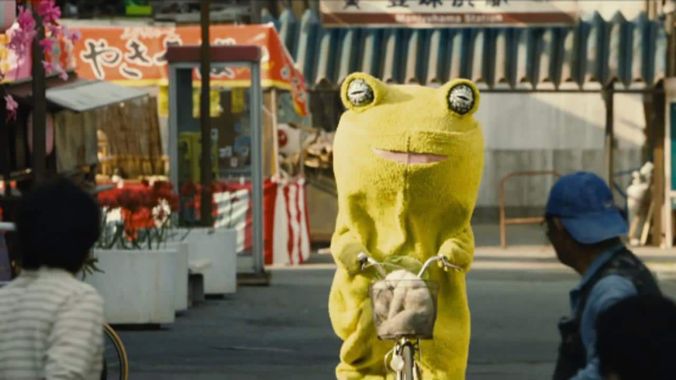 This was an enjoyable watch, I’ve read it’s nowhere near Takashi Miike’s best film so I’m looking forward to seeing more. As I said this one tends to drag in places but there’s some really cool bloody action scenes and some really well done martial arts fights as you’d expect.