I’d seen a couple of reviews around for this film and thought it looked like a decent idea, so once again I sat down on a Sunday to watch some zombies and people being killed. I went in with low expectations but had heard some reasonably positive things about it, here’s my thoughts

The world has been put through a massive zombie plague taking the lives of two billion humans but now the plague has been beaten and all the zombies are gone, apart from one island. Some genius had the idea to profit from the zombie invasion by keeping some on an island and charging people to go there and kill the zombies. It really is quite a brilliant money making idea but we all know these things do not work out for the best. 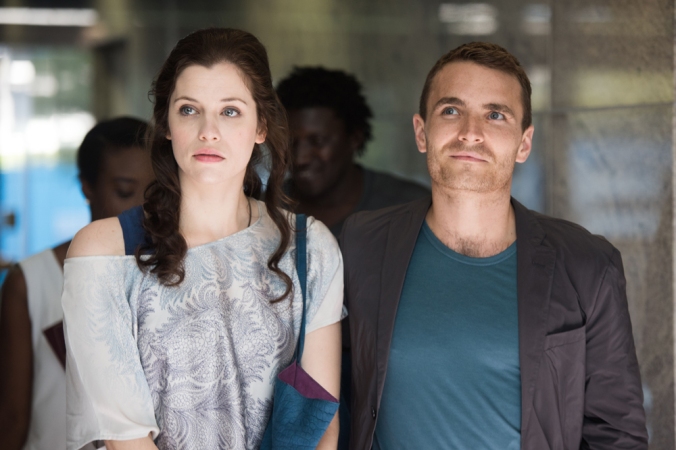 Enter Melanie (Jessica De Gouw) and Lewis (Martin McCann) he had experience of fighting the zombies during the war and for some reason she’s not over things. To give her some therapy and conquer her fear they decide to head to the expensive Westworldy/Jurassic park type park.

In their group there’s a couple of annoying teenagers who won a computer game competition, the prize? A weekend at the zombie safari. There’s Sadie who claims to be there on her honeymoon but her “husband” has not turned up, however she is very dodgy. Then there’s Archer (Dougray Scott) a total bad ass crack shot tough guy and very early on he knows the score with Sadie.

The group head out to a controlled area to gun down some zombies at distance, it’s here we see how great of a shot Archer is and Lewis isn’t far behind. Melanie however cannot being herself to shoot them and has a tough time seeing that they are really dead and not alive.

Exactly as expected things soon go wrong as the power fails and the zombies start taking out the conveniently placed cannon fodder group as well as attacking the main group. There’s a guide with them who informs them that to stop the zombie plague from coming back the park has initiated a fail safe to fire bomb the whole place.

They now have a few hours to reach a certain point in the park but they must fight their way through hordes of zombies. Not all of them will make it and there’s some really good karma to look forward to at the end. It’s a fun ride without being spectacular, there’s some good kills but for me it’s all a bit too shooty shooty and I much prefer stabby stabby in my zombie films.

As I mentioned this doesn’t add much new but the overall concept is decent and it’s a fun film to watch. There’s a twist that kind of made me laugh but I enjoy a weasel who only looks out for themselves. Sure the characters could have been a lot better but the one they went for as a badass man of action worked out really well. If you’re bored this is well worth a quick watch!