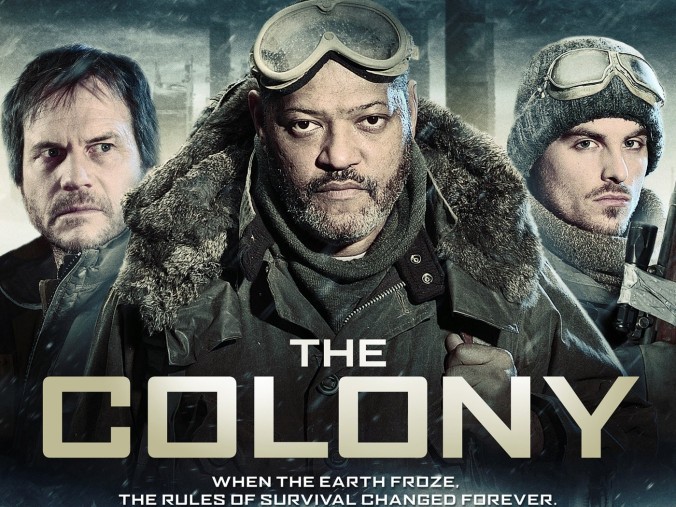 I’m sure everyone has heard the tragic news of Bill Paxton’s death he was underrated as an actor and people only had good things to say about him. After his death it suddenly hit me that I’d seen him recently playing a total arsehole of a character and as people have mentioned he was always good at playing the arsehole. I thought why not give this film a review so here it is! 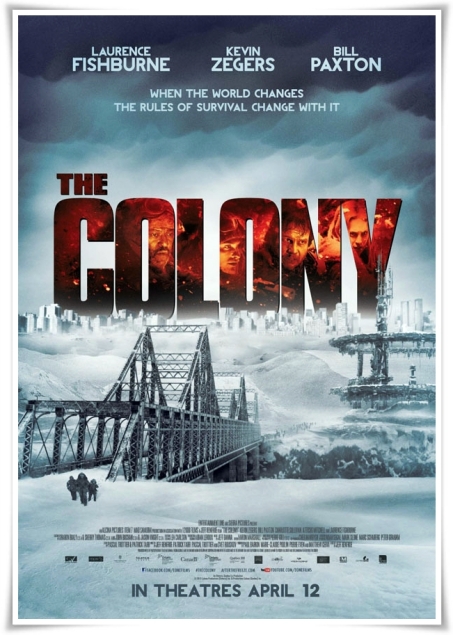 Trivia: The first movie to be shot at the decommissioned NORAD (North American Aerospace Defense Command) base in North Bay, Ontario, Canada.

It’s the end of the world as we know it! Due to us annoying humans over heating the planet the world tried to cure it with some weather controlling machines. Then one day the machines all went wrong, it started to snow and hasn’t stopped since. The only survivors as far as we know are people living underground there’s a few different colonies all in touch with each other.

In Colony 7 Brigg (Laurence Fishburne) is the leader although there’s some tension between him and Mason (Bill Paxton) There’s a severe lack of medicine underground so anyone who catches a cold puts everyone else at risk, these people are locked in quarantine but if they don’t get better they’re either shot or made to walk out alone into the frozen world.

The film revolves around that premise and things start to kick off when they lose contact with another Colony, Briggs decides to go check out the other Colony and see what has happened. He takes Sam (Kevin Zegers) who effectively becomes the main character and a younger lad out to prove himself to investigate the other colony. Upon arriving they find one survivor among a whole bunch of bodies.

It’s not long until they’re hunted down and have to escape the Colony from a bunch of savage creatures that reminded me of the 28 Days Later type of zombie. These creatures are led by a big unit who looks very pissed off and likes to scream a lot. They escape but are soon followed by the group, this leads to a massive effort to defend their Colony.

Hope is not lost as a transmission signal indicates there maybe an Oasis of sunshine somewhere in the frozen dystopian world. Mason being the arsehole he is doesn’t believe Sam or Sam’s girlfriend Kai (Charlotte Sullivan) that there’s someone else out there. Throw in the tension between Brigg and Mason as well as Mason and Sam during a time when they need to band together and you get a tense mixture of violent trouble on all sides. 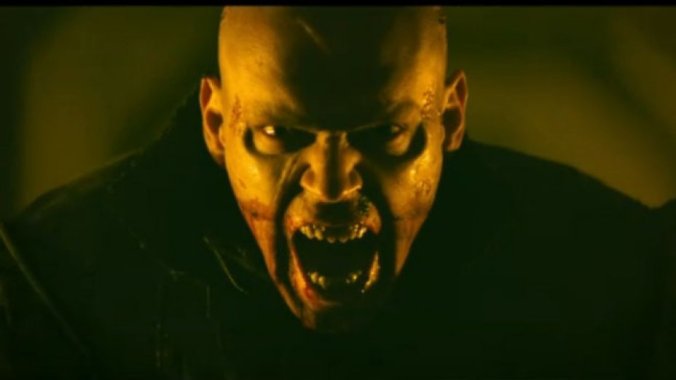 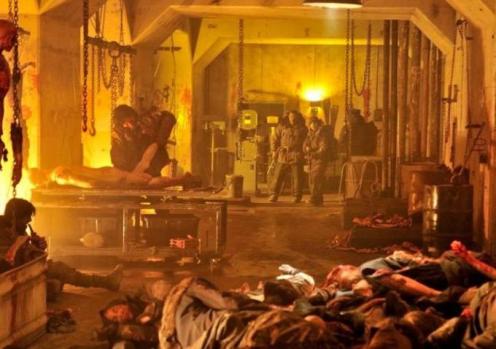 This film isn’t fantastic but there’s very little about it that I felt was badly done. Adding anything else would be a case of really nitpicking at the film sure there’s a few little thing but nowt worth mentioning! It’s a very decent watch that far exceeded what I thought it’d be. Maybe it’s because I’ve got a soft spot for post apocalyptic horror that I liked this but trust me it’s worth a watch.