After absolutely loving the first season of this dark, funny and twisted TV show I couldn’t wait to get the second one watched. I surprisingly resisted the urge to binge watch it all sticking to two episodes a day like I did with the first series, I think sometimes this is a better way to watch a TV series I want to review as it gives me time to think over each episode. You can find my review of the first series by clicking HERE!

Reece Shearsmith and Steve Pemberton return for more of this anthology series, 30 minute episodes each taking place behind the door labelled number 9. In this series we get to see what goes on behind the doors of a sleeper train compartment, a small flat, a medieval building come courtroom during witch trials, a cubical in a call centre, a mundane normal house and lastly a big manor house.

Each story is unique and unrelated to any other from all series. I figure the best way to review this is the same as I did last time a quick run down of each episode plus I really like the posters made for each individual story, so any excuse to post them up.

This episode is set inside a sleeper train where a man is trying to sleep but is disturbed by various people clambering into their beds. There’s a pretty gross scene in this one involving a sudden bowel movement, add to that an annoying big Australian girl, a drunken German man who loves farting, a noisy couple attending their daughter’s wedding and it makes for a great story. Whilst it’s easy to predict what is going to happen the reason why it happened eluded me until the end despite a couple of well placed clues.

This episode is quite simply one of the best things I’ve ever watched, starring Sheridan Smith it’s a half hour look at someone’s life. It all starts when she brings someone home with her, the two hit is off and in the next half hour we see her life progress. The ending to this episode is emotionally brutal, I loved it. If anyone was to argue that this show isn’t the best written thing on TV then they’ve never watched this episode. It’s unpredictable and slaps you right in the emotions at the end!

Probably the funniest one so far it follows two well respected witch hunters, poking fun at the way witches are “tested” we get to see the trial of Elizabeth Gadge accused of witchcraft by her own daughter. Parts of this reminded me of Monty Python style humour as her “evil” ways were revealed. Whilst I enjoyed this episode it’s also one of the most predictable of the lot, it felt like a slight missed opportunity especially as it’s setting is so different to anything we’ve seen in the show so far. 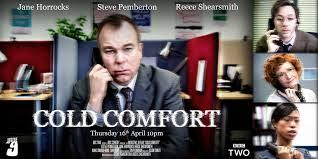 Andy takes a job at a support line and the whole episode is filmed through the view of the cameras that monitor the people answering the calls. Stressed out by a couple of very strange calls Andy greatly upsets one of the suicidal callers, this unfolds in a way you’d never expect. This is brilliantly written as usual and the kind of found footage styled look makes it new and fresh, giving it a different feel to the other episodes.

An episode taking place in a normal everyday house as a medic arrives in an ambulance and enters the house, we’re then taken to a few hours earlier. We meet the parents of a single child, the Nana who’s Birthday it is along with her other daughter and her husband. As the day unfolds things begin to massively unravel leading to the arrival of the medic, strangely from the outset this episode seems predictable but it really isn’t.

Like the first series the last episode is the most horror like, a young girl attends a seance something she’s not done before and it leads to her being scared out of her skin. After the girl we see another person arrive at the seance but things do not go the way they’re supposed to. There’s something waiting for the characters, something unexpected and terrible, despite that this episode contains a lot of comedy in it.

When you knew each episode contains a twist at the end you can’t help but wait for it to happen, this makes you constantly guess what the twist will be. I only found one episode where I knew what was going to happen all the others surprised me. This series is just as well written as the first series and I’m really looking forward to the third series. It’s also worth noting that this series seems a bit more brutal with two episodes ending really nastily for a few of the characters.

I can’t express how much I’m loving this series, even the episodes that aren’t great are still very watchable and very enjoyable. I think the best way to rate the show as a whole is to average out the ratings of each episode, normally I’d review a series as one but with an anthology it’s makes more sense to take a look at each episode individually. I hope if you watch this series based on my reviews you’ll find it as entertaining as I did and like me it’ll keep you guessing in each episode. Now go watch the first series then watch this one!