This is a film I’ve consistently passed on watching since it’s release mainly because I’m not a massive fan of anthology films. After watching Inside No 9 (reviews here Series One, Series Two, Series Three) a British TV anthology show it’s opened me up to giving anthology films a go. I’d heard good things but still went in with low expectations of this film.

Stars: Probably easier to link to the IMDB cast page

Tagline: No matter which road you choose, it’s all going south.

Trivia – When Mitch and Jack enter the truck stop, Sutter flips her magazine repeatedly and the word “FEAR” is visible on the top corner.

Trivia – The movie “Carnival of Souls” can be seen playing early on at the start of the movie in Roy’s roadside cafe.

I won’t spoil too much, there’s five plots all involving people on some sort of journey, on the face of it the major thing that links them is they take place in the middle of nowhere and as the title suggests they’re all southbound.

The first story is of two friends trying to get home, they’re covered in blood and have obviously had a tricky night. Their problem is something is stalking them and getting away from that something is proving quite an impossible task.

Second comes the story of a three woman band, they’re on the way to their next gig but their car breaks down. As with all horrors they’re picked up by a weird ass creepy couple, once back at the couple’s place things take a turn for the worse.

Then comes the tale of a man involved in a car accident whilst talking to his wife on the phone. This one is the weirdest one as the man receives instructions on how to save his victim from her predicament from a very strange 911 operator.

Fourth is a story of the supernatural as a man enters a bar looking for his sister, this part was probably my second favourite after the first story and the very last tale. The man manages to find his sister but things are not what he expected at all. 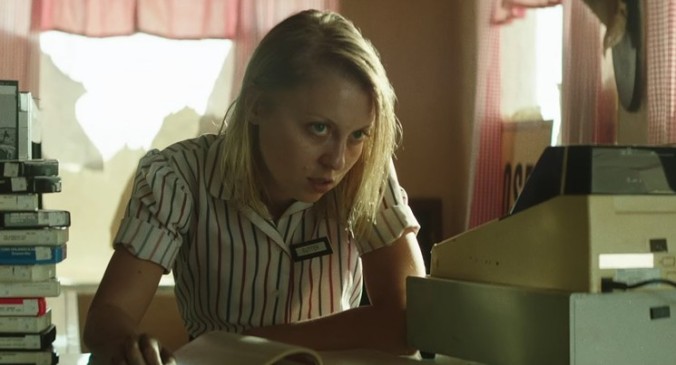 Lastly comes a family stalked in their home, we are given a hint as to why but things get really messed up going terribly wrong for just about everyone. This story loops back and links us to the start of the film really well but it’s slightly predictable.

That’s about it, there wasn’t much else that I didn’t like about this film. I wish I’d watched it earlier than I did but for some reason I didn’t, I was impressed with the creature design and effects used in the first and last story I thought it was a unique take on things. This film is a must watch for any anthology fans and in my opinion a must watch for any horror fan. Sure you’ll have your favourite stories and maybe you’ll dislike one but it’ll be worth it for the end pay off.