DC Comics has needed a hit since the Batman trilogy finished, Batman Vs Superman was a big disappointment for a lot of people with it’s massively slow pace and a lot of strange story decisions as well as plot holes. I quite enjoyed Suicide Squad although it’s dialogue was poor at times with it’s forced quips and smart arse comments. Superman, well those films have just sucked big time. With Justice League approaching and Marvel films continuing to produce quality films Wonder Woman needs to be a success, early critic reviews and screening opinions seem to agree it’s great. 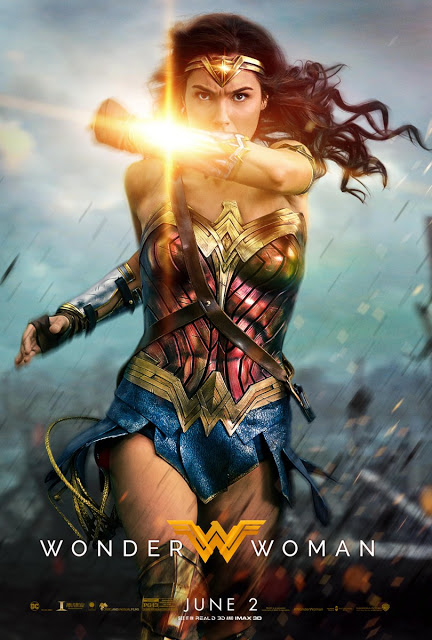 Tagline – The Future of Justice Begins With Her

Trivia – Gal Gadot was a part of re-shoots for the movie (including stunts) while being 5 months pregnant. Her baby bump was visible, so the crew created a costume which had a green screen around her belly, which was later removed during post-production.

Trivia – Patty Jenkins was originally in talks with WB to direct the film back in 2005, but due to her unexpected pregnancy, she had to step down. Jenkins claimed that Wonder Woman is the film she’s been wanting to do her whole life and that she was fortunate to come back to it.

Diana Prince receives a photo from Bruce Wayne in a briefcase, it’s the photo of her from the first World War that we saw in Batman Vs Superman. From then we’re fired back to Wonder Woman’s past as Princess Diana of Themyscira as a young child she dreams of training as a warrior with the rest of the Amazon warrior women on the paradise island she lives on. She escapes her tutors to go watch the training but her Mother is not keen on her training, her aunt however, is. 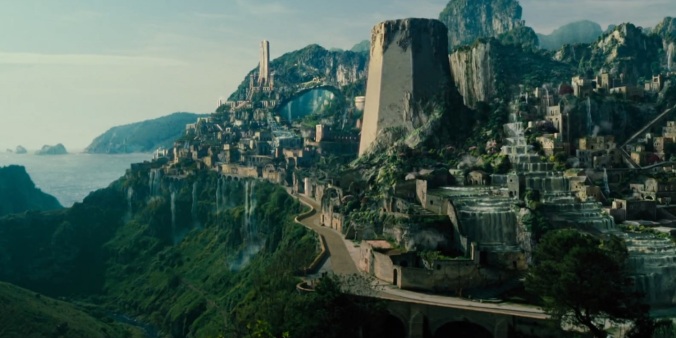 Diana begins to get better and better and that’s when she meets Steve Trevor, a spy whose plane somehow breaks the magical barrier that protects the paradise island she lives on. After rescuing him the German army in pursuit of Trevor also break the veil and enter the island. Leading to a fight between the Amazons and the invading Germans.

Trevor tells Diana all about the war, she believes it’s the God Ares influencing mankind to fight each other. She then takes the ancient weapons and heads out into the world to slay Ares and become what she was created to be. Things are very different in the real world and her struggles to adapt and understand add a really good humour to the film. 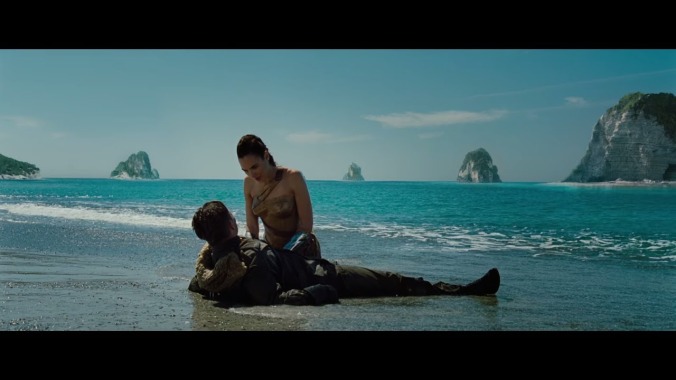 It’s not long until she’s joined by Trevor and his band of strange but likable characters as they head off to find a new weapon the Germans feel could change the course of the war. Along the trip Diana fights for the people that can’t fight for themselves and slowly but surely she becomes the warrior that the world needs. It all leads to a massive showdown between her and Ares as Trevor and his band of misfits try to stop the Germans launching their weapon on the world. 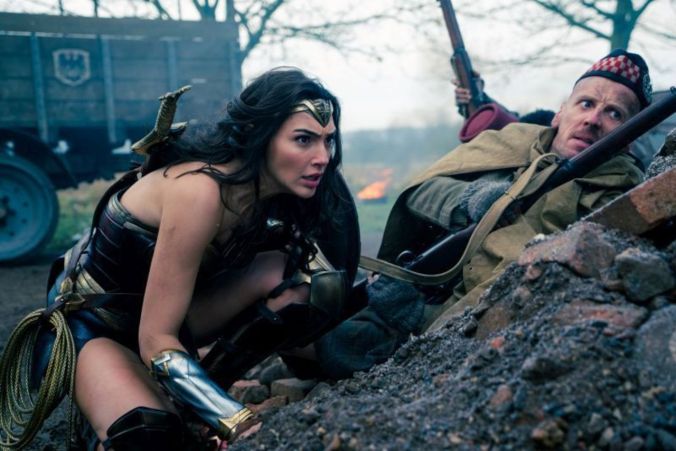 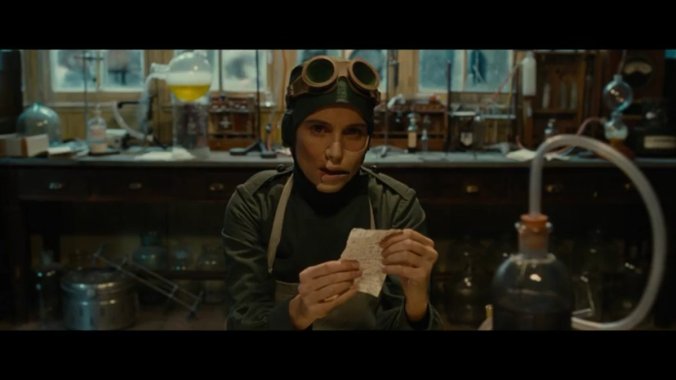 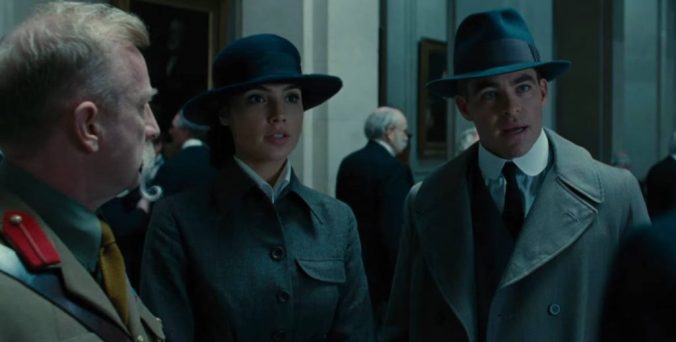 There’s not much else wrong with the film and lets be honest it’s about time we got a Wonder Woman movie. Not only does the first ever female led comic film hold it’s own it surpasses many other films. Off the top of my head the only comic films I enjoyed as much or more were Guardians of the Galaxy, Sin City, Avengers and Watchmen. As far as DC goes it tops them all but I’d put it level with The Dark Knight.

As I said we’ve waited a long time and Patty Jenkins has nailed this film. Whoever decided to cast Gal Gadot deserves massive credit, she’s perfect for the role. Next comes the hard part, the sequel apart from The Dark Knight and possibly Captain America 3 I don’t think a comic movie has ever topped it’s origin movie. But for now lets just enjoy Wonder Woman for what it is, a cracking film stacked with great action, character and a decent story.