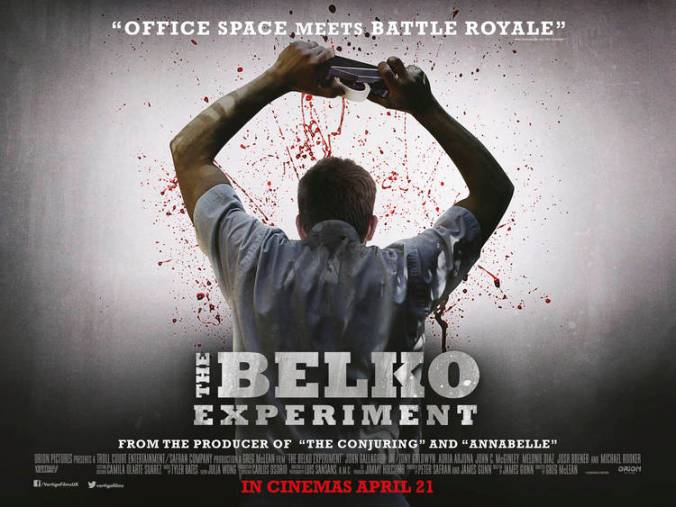 Seeing that this film was written by James Gunn I was excited about it for ages and now finally had the chance to watch it. Some very good films have been made in the fight/kill to survive genre but it is a bit of a worn out concept now. Surely the man who brought us Guardians of the Galaxy and Slither could come up with some unique idea though right? 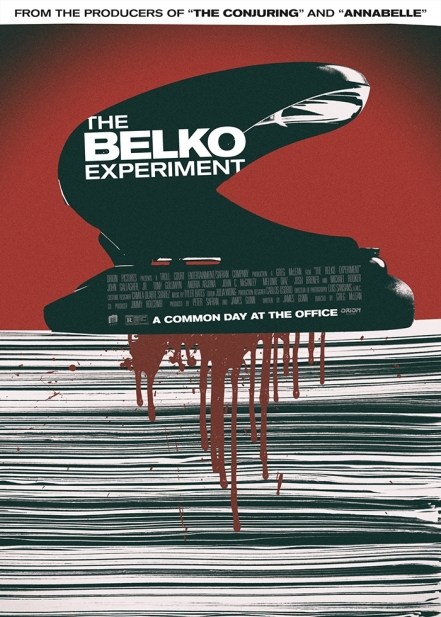 Trivia – The opening song over the credits is the Spanish version of “I Will Survive” by Gloria Gaynor.

Trivia – James Gunn was originally set to direct this film from his screenplay. However, when it was time to begin, Gunn withdrew, deciding he didn’t want to spend several months working on such a violent film. He was also going through a divorce at the time. and withdrew from the project. He later said that he was surprised the movie was moving forward with Greg McLean as the new director, he was happy that he hadn’t been asked again to direct, and he looked forward to seeing how McLean brought his script to the big screen.

A bunch of American workers who for some reason work in a tower block in Columbia arrive at work and find that all the local workers have been sent home and it’s just the Americans left in the building. We get an introduction to the characters from Mike the supposed down to earth normal guy, his girlfriend Leandra who is pestered by her pervy fella worker Wendell played by the older doctor off Scrubs. 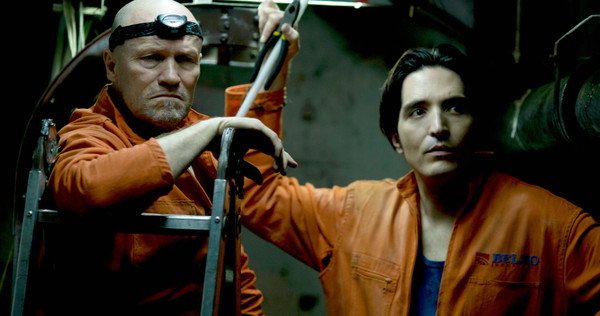 There’s a whole bunch of other people, the arrogant CEO/guy in charge. The stereotypical black security guy, the handful of stoners and a few silent but obviously deranged killers and a seriously underused Michael Rooker as a handyman. During the day the whole building is suddenly shut down, shutters block the doors and windows. A voice comes over the PA and demands that the workers kill two people or more will die.

Most people don’t believe this and think it’s an elaborate prank. However it’s soon proven not to be, the voice then demands that 30 people are killed or they will kill 60. It’s important to remember that Dany is starting her new job and has been informed that all employees including her have a tracker in their heads in case of kidnapping.

This is where things get heated and we get to see who the bad guys are and who the supposed good guys are as everyone splits into groups. However one group becomes armed and this leads to them deciding who lives and who dies. Soon the entire work force is whittled down until there’s only one person left standing.

Other than that there’s not too much wrong with this movie but it didn’t really live up to my expectations, I was hoping for a lot more. These two points plus Rooker are enough to have left me slightly disappointed, I feel it could have been so much better. Still if you’ve got 90 minutes to spare it’s a decent watch for some brainless fun.