It’s not long until Blood Drive starts airing on UK TV, in fact it’s only a few hours away. I was given the chance to watch the first episode so if you don’t know what it’s about I suggest you keep reading…………

The trailer really sums up this series perfectly, it does not show all the best bit however if you’re not keen on what you witness in this trailer then you shouldn’t watch. If on the other hand you like mindless, over the top, gory action then this is the show for you(and me)

It’s a simple story to start with Arthur is a cop in a futuristic Mad Max style world but it’s only 1999. He just wants to help people out like an old fashioned cop but just like real life things don’t always work out for nice guys. Arthur stumbles onto something with his partner but he doesn’t realise what. Before long he’s forced into a car as the strange ring master known as Julian Slink announces a driving competition. 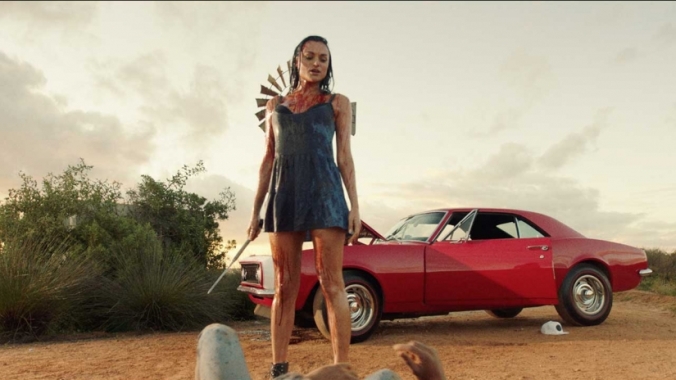 Win the race and win millions of dollars, his partner is the very sexy Grace, she’s much more than legs and boobs. The catch is due too excessive gas prices, the cars now run on human blood. By this point we’ve already witnessed a blood soaked scene as Grace fills her car up with an attempted rapists blood.

The reluctant pair forced to work together have to put aside their differences and win the race, if they finish last they die due to some chips inserted into their heads. After encountering some very odd psychopaths in the first race they’re trailing in last place. How they manage to escape death is one of the most grindhouse ideas I’ve ever seen. 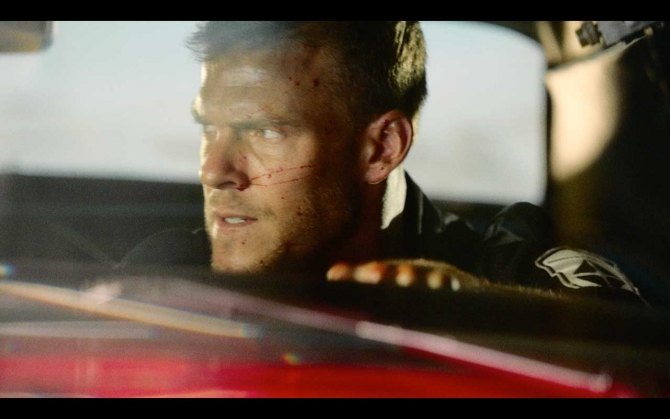 The ending and the gore make me want to see more of this show. It’s exactly what you’d expect, nudity, two good looking main characters, loads and blood, weird characters and it play out in true grindhouse style. The first episode saw more gore than most series see in their entire run, limbs getting chopped, people being fed to engines by sexy women, what more could you want?

Whilst it’s hard to rate a TV show based on one episode Blood Drive has a lot to offer and my rating is based mostly on the potential that the show clearly has. There is no limit on the kinds of gory deaths the show can offer. Get it watched and lets hope it continues to be a mad as this first episode.

One thought on “Blood Drive Review/Thoughts On Episode One”