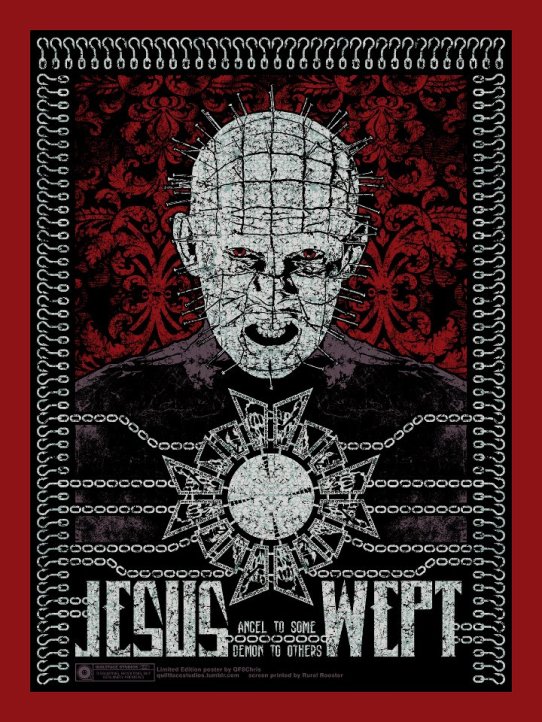 I’m back! It’s been a while since I posted a review but I won’t bore you with the details of why. After a vote on Twitter some time ago Hellraiser was picked as one of the films for me to review from 1987, I was so glad this won as it’s one of my personal favourites of any genre. I’ll keep the run down brief as I’m sure virtually all of you have seen this one……… 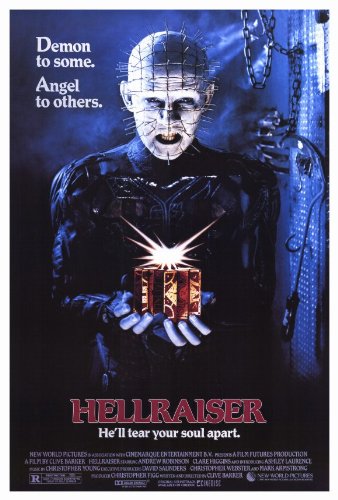 Tagline – Demons To Some, Angel To Others

Trivia – During a post-production party when filming had ended, Doug Bradley was dismayed to be ignored by the other members of the crew. He thought that he had gotten on rather well with the cast and crew, and it wasn’t until later that he realized that none of the crew had actually seen him without his makeup when playing Pinhead and therefore did not recognize him.

Trivia – Many viewers have commented about the poor quality of the FX at the end of the movie. Clive Barker has explained that, due to a very limited budget, there was no money left to have the FX done professionally after the primary filming. Instead, Barker and a “Greek guy” animated these scenes by hand over a single weekend. Barker has also commented that he thinks the FX turned out very well considering the amount of alcohol the two consumed that weekend.

Trivia – Clare Higgins hates horror movies. When she saw this movie for the first time at the premiere, she had to leave after 10 minutes because it freaked her out so much. She has never seen the whole movie.

Sorry for all the trivia, I just find this film so interesting that it was hard to stop at just three if you want to know more about the film then you should check out the imdb page of trivia by clicking HERE!

I once tried to watch Hellraiser when I was about 10 or 11 years old and I shat myself (not literally) during the beginning music and gave up. It was a time when horrors felt scary, there were no killing demons on computer games or sneaking to watch late night gory films.

Anyway a few years after this I managed to actually sit through the whole film and it amazed me. Pinhead and his cenobite helpers from another world were still scary but they fascinated me, I wanted them to win and kill everyone apart from Kirsty a final girl I’d forgotten how hot she was. 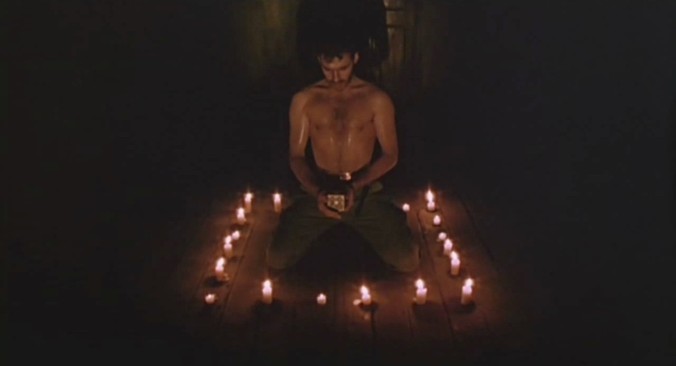 So the story is reasonably simple I suppose, Uncle Frank is a bit of a perv and in seeking out new pleasures he discovered a puzzle box. However he didn’t know that the puzzle box called forth demons who would rip people apart. 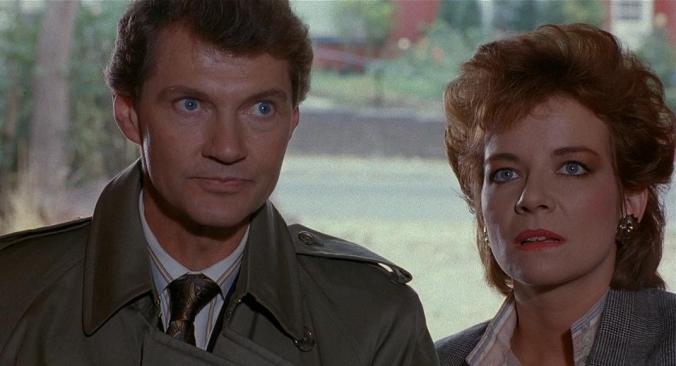 When Larry and his wife Julia move back into the family home we discover that Julia had had an affair with Larry’s much more attractive and cooler brother. We also soon discover that Frank somehow managed to escape Pinhead and the Cenobites, his undead corpse gets Julia to seduce and bring home men for him to kill so he can return his body back to how it was when he was alive. 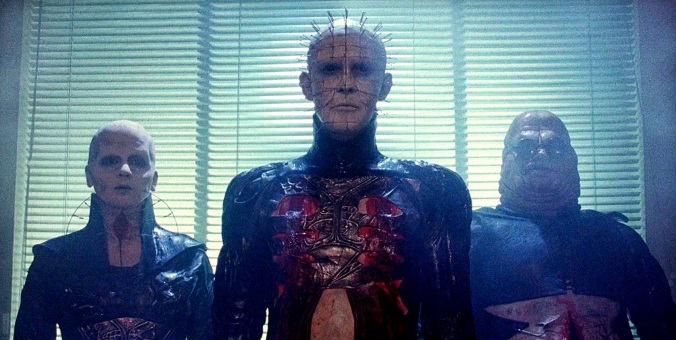 There’s always a catch though and that comes in the form of Kirsty his niece  She discovers what’s going on and takes a massive risk in confronting the demons in the puzzle box herself. Leading to her being forced to make a deal with Pinhead that will maybe spare her own live. 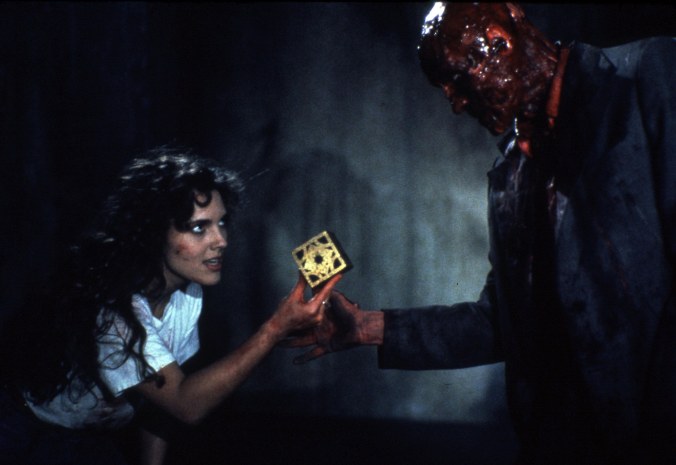 Hellraiser is easily one of my favourite horror franchises of all time, I even liked the third film which seems to get a bit of hate. Like a lot of horror films especially slashers it suffers from some incredibly bad sequels, some of the later films bring more suffering when watching than Pinhead brings to his victims.

That said this film is a work of art, written and directed by Clive Barker it’s virtually perfect a group of S&M demons hiding in a puzzle box doesn’t sound like a great premise but it really is. It could be the nostalgia kicking in but I really bloody love this movie!

1981 – An American Werewolf In London