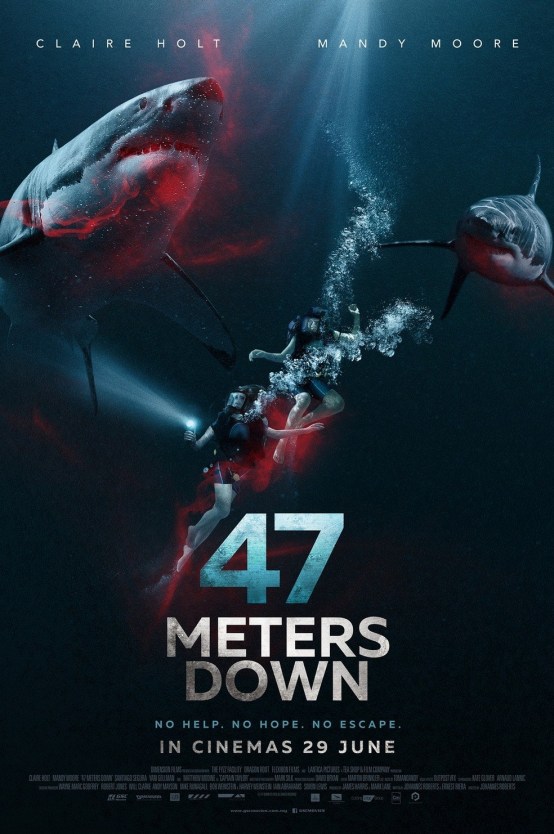 A while ago I reviewed The Shallows (to read my review click HERE) it really makes you think about the massive lack of Shark films outside of the usual SyFy rubbish we get. The Shallows was a really good film for me, tense and well acted with a massive shark. So now we see another bikini clad woman or in this case women trapped somewhere by sharks, question is can it match The Shallows? 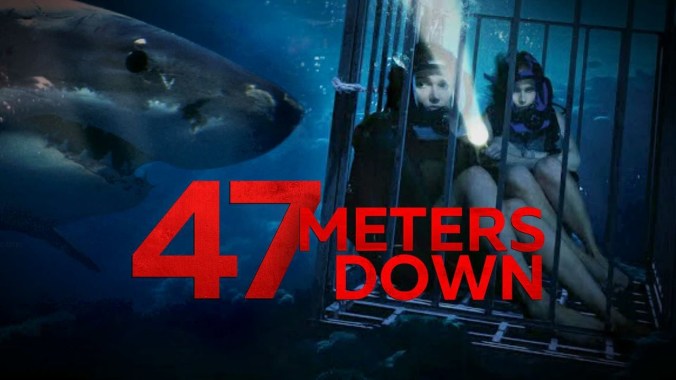 Tagline – No help above, no hope below

Trivia – James Van Der Beek was cast as Lisa’s boyfriend Stuart, and filmed several scenes with Mandy Moore. However, all of those scenes were cut. The final version of the film only references Stuart.

Trivia – To replicate the organisms found underwater, finely chopped broccoli was added to the tank. Mandy Moore said it was quite unpleasant after a few weeks. She even compared it to filming inside a soup.

Lisa and Kate are sisters on holiday in Mexico and appear to be having a good time however it doesn’t last. Kate finds Lisa crying at night and it turns out her fella Stuart has dumped her because she’s boring. So they head out for a night of drinking, dancing and flirting where they pick up two blokes. 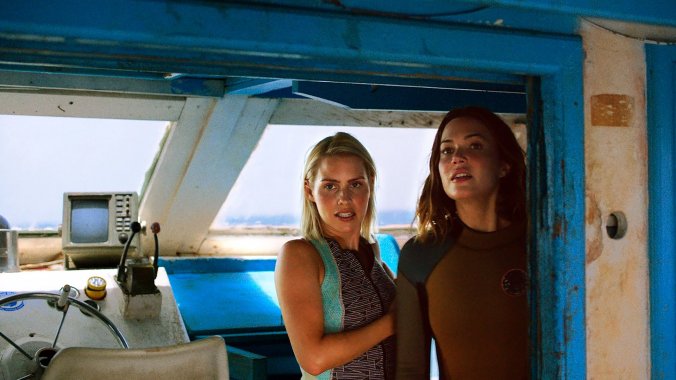 The two blokes tell them about their hobby, being lowered into the sea in a cage and viewing the sharks that swim past lured there by blood. The two girls trust these pair of dodgy lads and meet up with them the next day. Lisa isn’t keen and who can blame her the set up is as dodgy as it comes, bit like those adverts that screened in the UK where people went for the cheap option over the safe one even if it meant death.

The boat isn’t in great condition and the cage is rusty, still the two idiot women go ahead and get in the cage after their Mexican “lovers” have already been down. The crew of the boat also illegally attract the sharks by dumping blood into the water.

After seeing the sharks come very close to them and taking in the magnificent views the sisters decide they want to come out. Then the problems start the winch breaks and they descend into the water sinking down to 47 meters, their radios stop working and the people in the boat cannot reach them. 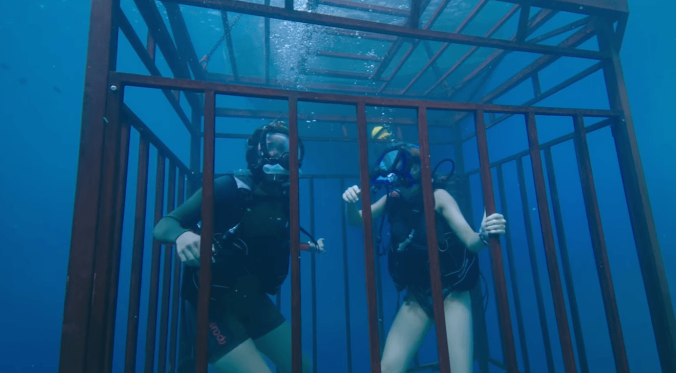 The first half hour of them being trapped is a pretty decent watch, they have to exit the cage and brave shark infested waters for various reasons. However they can’t swim to the top as they’ll get the bends, a condition which would kill them. They are however running out of air, so what the hell are they supposed to do?

Overall the first half hour isn’t that entertaining, once they get in the cage and get trapped the film is reasonably enjoyable but that is ruined by the ending. If you want a shark fix then go watch The Shallows instead, if you’re bored one afternoon or night then I’m not really sure this would cure the bored. What could have been an entertaining film was a bit of a snoozefest.