After a two month break from reviewing for various reasons, I’m back and will hopefully be posting at least a couple of reviews a week. I’ve got a lot to get through having spent some time watching quite a few horror movies over the past few months. I decided to start with The Cloverfield Paradox which has had mostly negative reviews. The Cloverfield universe fascinates me, with three wildly different types of films all taking place in this monster filled universe I’m excited to see where they are going with all this. 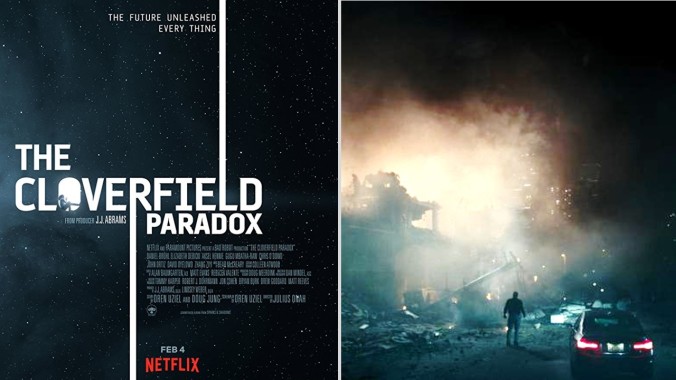 Tagline – The Future Unleashed Everything

The film quickly sets the scene with an off screen news report that informs us there’s an energy crisis on earth and this is in turn leading to several countries threatening to cause a huge world war. Hamilton is a British scientist and we are introduced to her as she sits in a car with her husband, they discuss the blackouts sweeping the city, caused by the energy crisis. It’s also revealed the she’s received an invite to board a space station that is running experiments to try and solve the imminent energy black out on earth. She doesn’t really want to leave her husband but he convinces her she’s needed to save humanity. 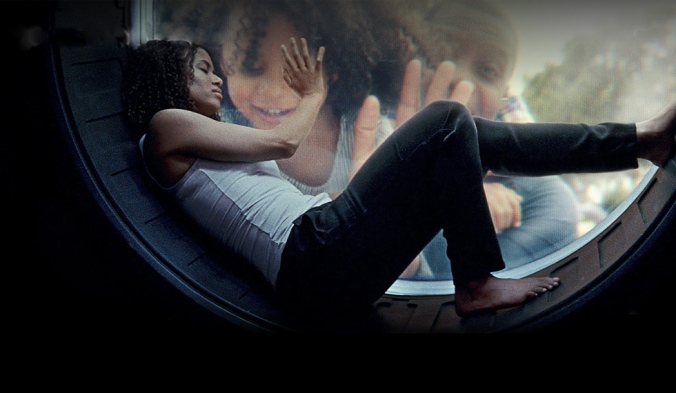 Two years into the mission on the space station and things are not going well, there’s tension on board between the Russian and German representatives. Whilst talking to her husband, Hamilton reveals that there’s only enough power to try The Shepard (the machine that they hope can create energy) three more times and then they’re done.

Before trying again we’re shown a TV broadcast from earth where a man claims that The Shepard device they are testing could rip holes in reality and cause monsters and demons to enter our universe, sounds like bs right? Well obviously not as we’re watching a freaking monster movie!

They launch their test and things seem to be going well to start with but as you know things never go well for long in the world of horror movies. The device shuts down and weirdly earth has disappeared, at first the crew assume that they’ve somehow made the earth disappear when using The Shepard but the truth is just as bad. They hear screams and find that somehow an unknown person has been fused into their ship, who is she? Where did she come from? What they end up discovering is pretty horrifying to them.

From here on out the film is mostly a sci-fi horror as strange things happen on the ship and they slowly discover the truth and from there try to work out what the hell is going on. If I write too much it’ll provide too many spoilers! Back on earth things are also going all to crap, Hamilton’s husband is told they’ve lost contact with the space station but he has more things to worry about as the monsters from the first film are roaming earth.

Slowly but surely members of the crew begin to meet various deadly fates, leaving it up to Hamilton and a couple of others to get back to earth but with the Cloverfield monster attacking do they really want to go back there? 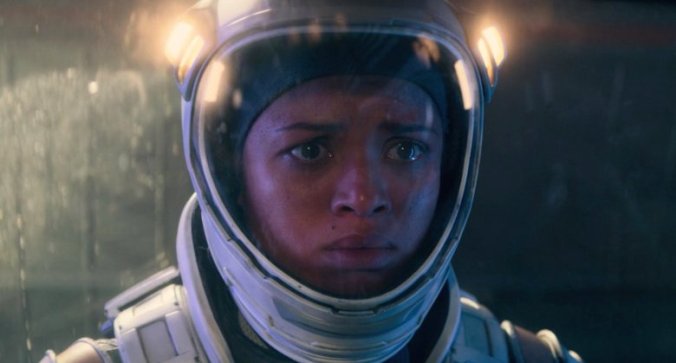 Overall despite the negative reviews I quite enjoyed this film, I’ve seen a lot of people saying it was boring and some even not making it all the way through watching it. I’ve only ever turned off two films in my life A Knights Tale and Pitchfork both of which were horrific for very different reasons. Anyway I’m beginning to ramble, in closing this film builds the Cloverfield universe well and I can’t wait for more, just remember I knocked at least one full mark off this final score just for the arm scenes.