After watching and reviewing The Ritual (Click HERE for review) I took to Twitter to see what everyone else thought of it, as usual there were varied opinions but most people found it at least a decent watch. This is where I was asked if I’d ever seen Stag a BBC mini series, I vaguely remember seeing it advertised but gave it no attention. After looking it up and saw that it had Reece Shearsmith, James Cosmo and Tim Key in it I was sold. I tracked down a copy and got ready to binge, not sure if that’s the right word for three episodes but never mind, I watched all of them back to back and here’s my thoughts.

Tagline – One Hell of a Weekend

Nerdy Ian is sent by his sister to meet up with the man she’ll marry and his mates on their stag do. For some reason they’ve chosen to go off into the Scottish highlands for a hunting trip. Ian is a total nerd, small and rotund he makes his way through the pissing down rain and find the stag group in a local pub. The stag Johnners is dressed as a stag in a pink onesie and it turns out his “mates” are exactly as they look, a bunch of complete arseholes. 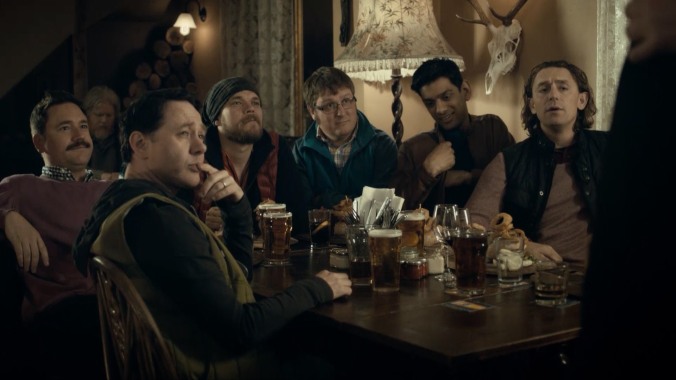 They drink and drink and upset the locals as well as treat Ian like shite, there’s no likeable ones at least not to begin with. Ledge is the biggest arsehole of the group and the one in charge of the stag do. Eventually they meet up with their guide for the weekend of shooting and as you’d expect they’re rude to him as he drives them to their place of hunting.

The rain continues to pour down and they arrive at a river that’s burst it’s banks, some how the arrogant bunch are conned into crossing over with little to no clothes on. They wade through the water on a rope fired from their guide’s truck and into a tree on the other side. Now their rudeness back fires, once across the guide sods off and leaves them hanging. Justice has been served and the group along with Ian are now trapped so they head off and set up camp for the night.

Upon waking they realise they’re pretty screwed but being lost is not the only thing they need to worry about, something or someone is hunting them and taking them out one by one. Mex who appears to be the groups token non-white member is afraid that there’s some sort of ancient beast hanging around in the woods trying to get them. The group attempt to band together but with all things of this nature their secrets begin to come out and things drive them apart.

It’s hard to tell who or what is hunting them, there’s a few clues here and there and a few faces that turn up and immediately draw suspicion. It’s really cleverly written entertainment and the final act is truly enjoyable to watch. As I mentioned there’s a few things dropped in there that you will realise become more important as the story unfolds. I watched the three one hour episodes back to back and it was nothing but an enjoyable experience. 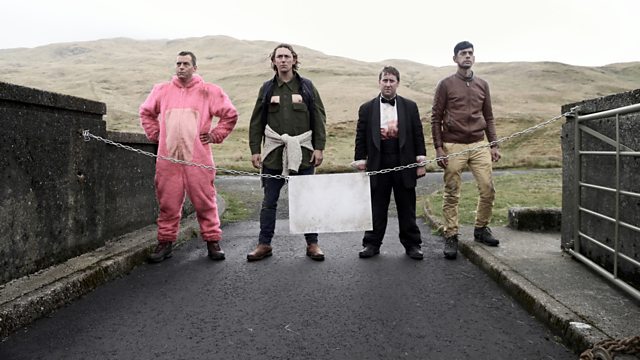 I really liked this, if you enjoyed The Ritual then you may well enjoy this as well. The overall premise is similar in the fact that it’s a bunch of unprepared people hiking around some woodland area. However Stag has much more dark humour in it, add that to some class acting and every character having meaning to the story and you’ve got a highly enjoyable three hours of entertainment. This is well worth tracking down and watching!