I was looking for something to watch so decided to browse the films on Sky cinema. I saw this one and it sounded familiar then I remembered seeing Dexter Fletcher talking about it on some TV show. I’m always up for watching a British horror comedy and his brief involvement along with a couple of other cast members made me decide to give this one a go.

Basically Jim is a loser, he’s almost 30 and he’s never had sex, he dresses like a 60 year old librarian and is pretty much an all round goon. After his girlfriend dumps him to hook up with someone else his mouthy best friend Alex vows to help him lose his virginity before he turns 30, problem is this only leaves one single night. 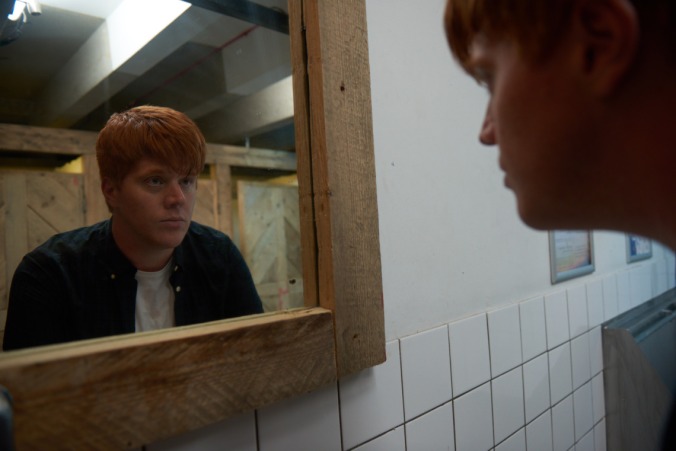 After an embarrassingly cringe meeting with two attractive sisters, Jim somehow manages to arrange a meet up with them for him and Alex. There’s something immediately suspicious about Kitty and Lulu, although we know what from the great and pretty bloody opening scene Jim has no idea. 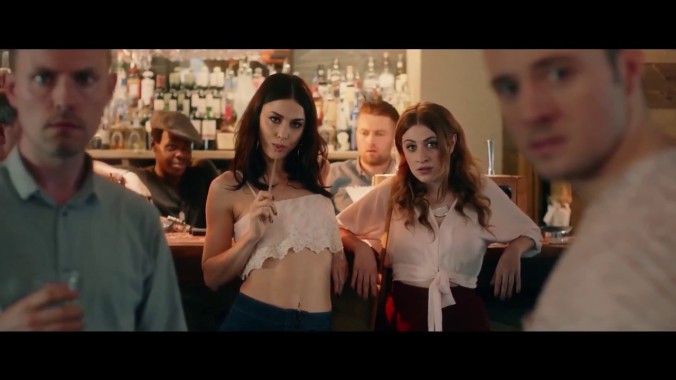 The night out begins and soon it’s hard to have sympathy with Alex as the cocky bastard spikes the girls drinks to loosen them up a bit. Problem is these two are not to be messed with, they’re on the hunt for someone to murder and sacrifice in a satanic ritual. The group head off to the sisters house, Alex and Jim believing they might be onto some sexy time but the sisters have another plan altogether.

Along the way they encounter several problems, Jim’s family, a broken down car and Alex’s Dad. Eventually it leads back to the sisters home, this is where the film really peaks, the build is good but the last half hour or so is fantastic. It features one of the very best fight scenes I’ve ever witnessed and that’s not just in the horror genre, outside of films like The Raid I don’t think there many fights as brutal as this one.

Can the lads escape? Why are the sisters trying to sacrifice them?

Despite these couple of negatives this is one fun film, Kelly Wenham really is fantastic, add in other strong cast, some decent gore in places and one of the best fights I’ve seen and you get a film well worth giving 90 minutes of your life to.