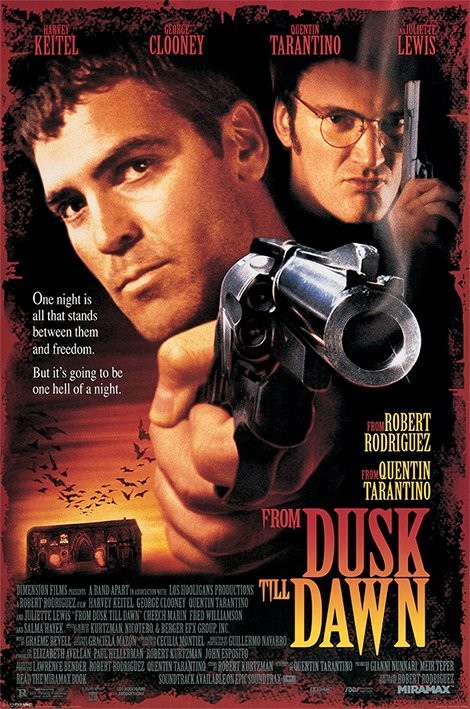 The kind people on Twitter voted this film above It Follows, Hellraiser 2 and Cabin in the Woods as the film I should re-watch and review. Needless to say I was pleased that this film won, so after work I sat down to watch this for the 521st time or somewhere close to. I watched this film so many times I could review it from memory, as a teen it was probably the coolest film I’d ever seen and it remains one of the coolest to this very day. 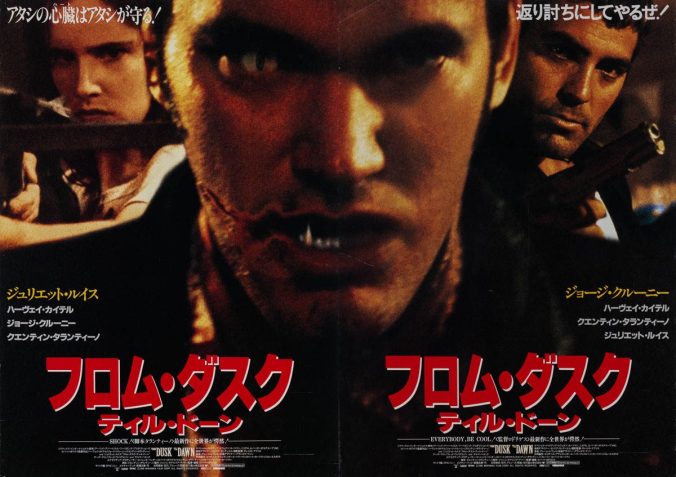 Trivia – The first script that Quentin Tarantino was paid to write, for the mere sum of fifteen hundred dollars. Special Effects Technician Robert Kurtzman asked him to write a screenplay based on his story in return for providing the ear-slicing scene in Reservoir Dogs (1992).

Trivia – Salma Hayek has a real fear of snakes and had always refused to be near them. Naturally when she read the script, she knew her phobia would prevent her from taking the part. Robert Rodriguez conned her into thinking that Madonna was ready to nab the part instead so Hayek spent two months with therapists to overcome her fear. 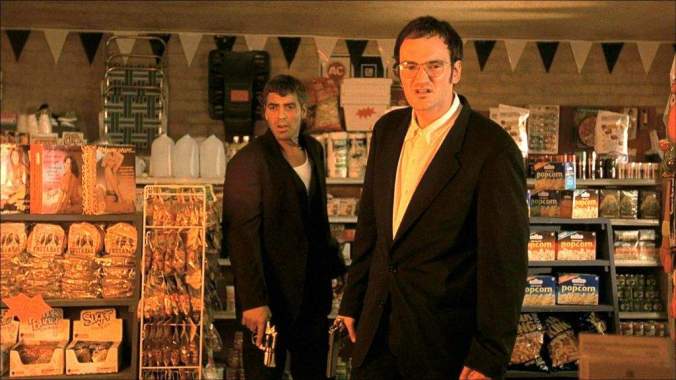 This film starts off at the same tone and pace it ends with, we’re introduced to Seth and Ritchie, two brothers on the run after a robbery. We first see them in a liquor store and things quickly go bad when the more psychotic of the pair loses it and starts shooting people. George Clooney is cool as they come as the more level headed of the brothers, Quentin Tarantino plays the psycho brother to perfection.

The aim of the brothers is to get across the border to Mexico and meet up with one of Seth’s connections and buy their way into a safe haven. The way they decide to do that is to take a family hostage and use their RV to get across the border. The cast of this film is strong with Harvey Kietel playing a preacher who’s questioning his faith after the death of his wife, he’s joined by his daughter played by Juliette Lewis and his son. 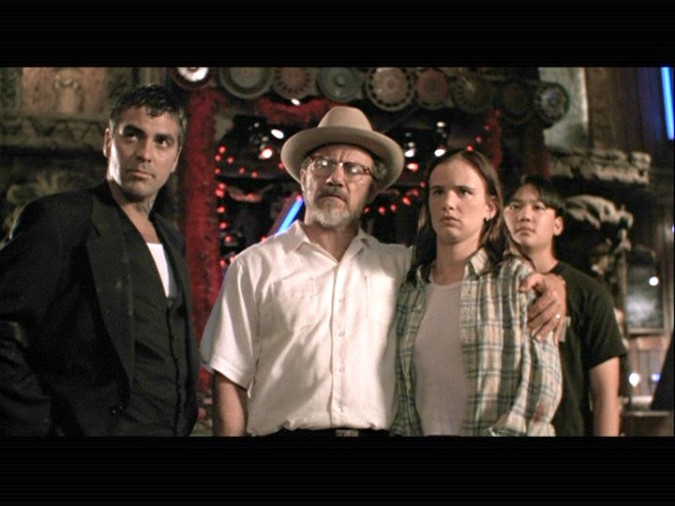 Now for people that haven’t seen this film it starts out as a sort of gangstery type film but once the group get over the border it changes drastically. The group pull in at a bar called the Titty Twister, we are greeted to the now famous pussy speech. In typical style Seth enters the bar by beating some people up, inside there’s violence, alcohol, naked women and as we soon find out vampires.

The films turns into a huge battle for survival as the brothers and family unite with some of the patrons of the bar to fight the crazy vampires trying to eat them. We get Tom Savini as Sex Machine a man who fights with a whip and a cock gun, we get Frost who’s a Vietnam vet and a total bad ass. Most of all we get blood and gore, the film is packed with it and it splatters everywhere. 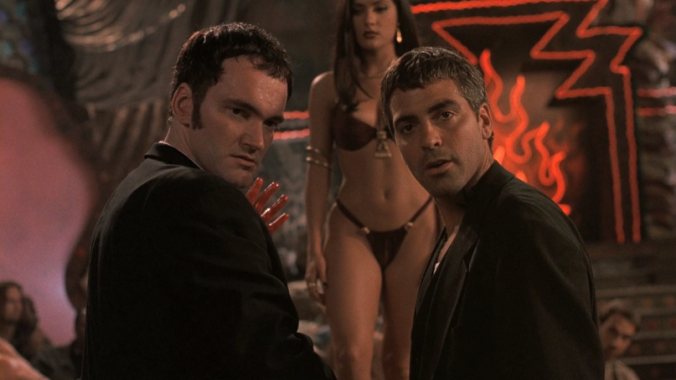 As the night drags on we lose certain characters to the vampires and the survivors must fight their way out or live until the morning. I love the whole tone and action in this film it’s nonstop from beginning to end and packed with great although somewhat cheesy quotes. 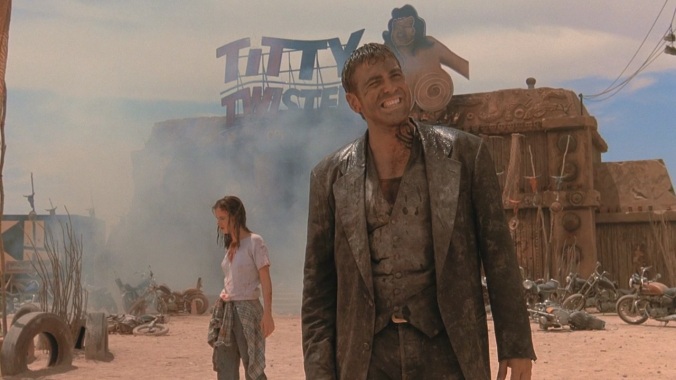 Other than that there’s very little to pick on about this film, I think other than Pulp Fiction, stoner comedy Friday and Big Lebowski I have watched this more than any other film ever. I highly recommend it, I mean if you’ve never seen it then what the hell are you playing at, go and watch it right now like now right away go do it!