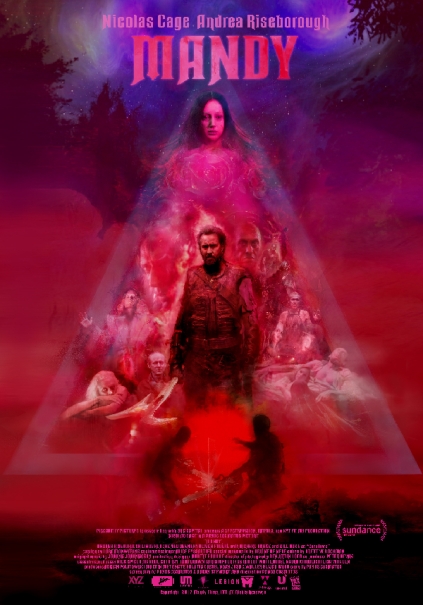 Who doesn’t love Nicolas Cage? Never has there been an actor who has produced so many rubbish films and, yet, so many good films, too. The guy will take a role in just about anything, but let’s face it — crazy Cage is the best Cage! 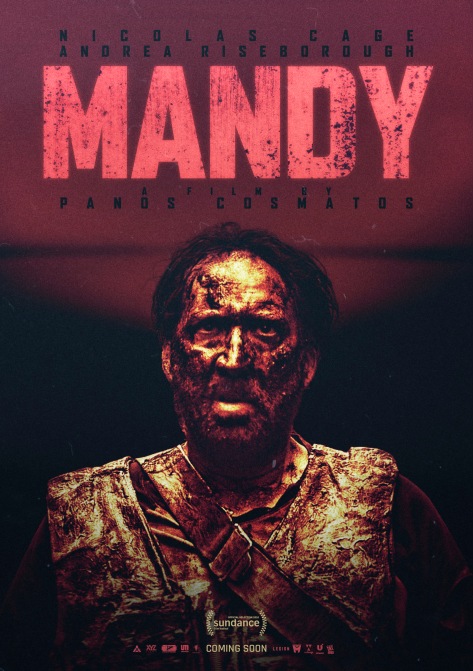 In Mom & Dad, we were treated to the idea of Francis Ford Coppola’s nephew trying to kill children so when I saw that a new revenge movie was due for release, featuring a blood-soaked Cage running around and screaming with a chainsaw in-hand, I was all in! But is the film as good as it should be?

Mandy is trippy as hell, from start to finish. It all kicks off with Red Miller (Nicolas Cage — The Rock; Con Air; Face/Off) returning home from some hard graft, working as a lumberjack. The film slowly reveals the love he and his girlfriend, Mandy (Andrea Riseborough — Welcome to the Punch; Oblivion; Nocturnal Animals) have for each other, living together in an idyllic secluded cabin where she spends her days creating elaborate fantasy art and reading fantasy books.

One day, a strange cult leader with the most generic cult leader name of Jeremiah Sand (Linus Roache — Priest; Batman Begins; Innocence), passes Mandy in his van, together with his goons. He becomes obsessed with her and — as you do when you’re a crazy cult leader — he kidnaps her and feeds her LSD to keep her under control. Despite being drugged, Mandy rejects Jeremiah’s sexual advances and so, in a fit of rage, he and his lackeys brutally murder her.

Heartbroken and distraught, Red embarks upon a murderous revenge mission with the intention of taking down the entire cult, one bloody kill at a time. I mean come on, man — it’s Nicolas Cage with a frigging chainsaw and, better yet, his own homemade axe that resembles a Klingon Bat’leth! What’s not to like?! 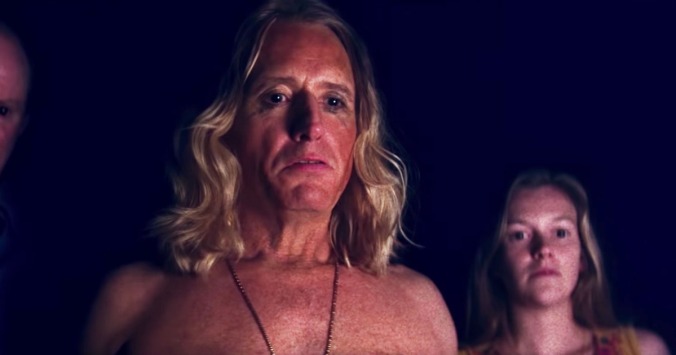 After a brief investigation with the help of a friend, Red discovers that Jeremiah has the help of some motorbike-riding demons. What a marvellous stroke of luck for a cult leader to have such great resources for murder and rampage! But is anybody really a match for Red? He brutally (and I mean brutally) slays everything that moves, until the inevitable final battle with Jeremiah. 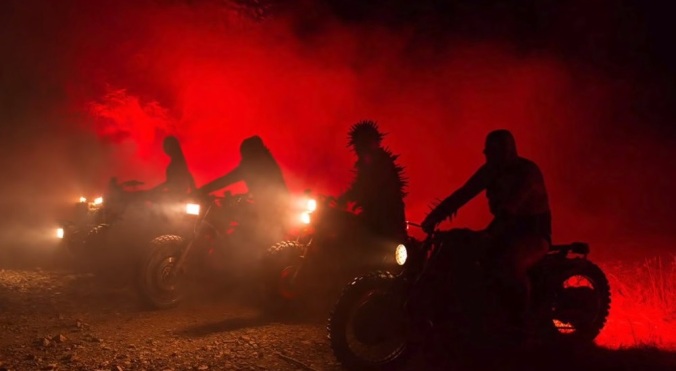 The extent to which you’ll enjoy watching this film will depend, largely, on how well you take to the director’s design choices. There’s a kind of red hue to the screen throughout; it’s very vivid and quite trippy and it’s backed-up by a strange musical score. Personally, I was not a fan of some of the camera and visual effects work, which tried to imitate a psychedelic state with a confusing blend of bright colours and lingering shots, while strange sounds and music played in the background. 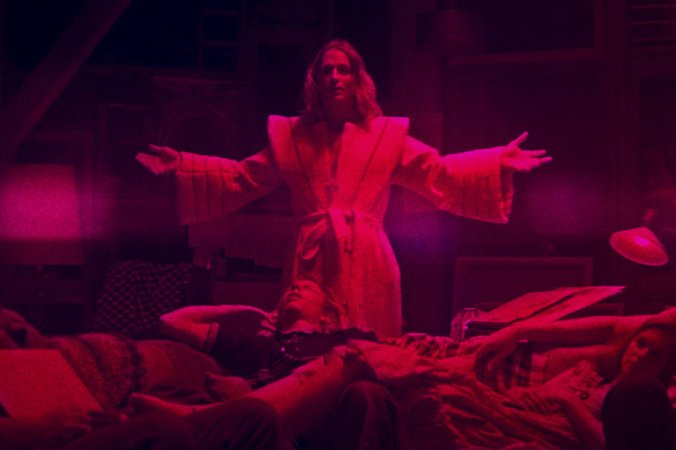 For me, this film was painful to sit through at times — especially during the first act. It was so slow, but not in a good way like Bone Tomahawk; it was just plain awful to watch. The second half picked up dramatically and was great fun, which makes giving the film an overall score quite tricky. If you enjoy weird psychedelic, vivid effects then you may think more highly of this film than I did. The best way for me to sum up this film is to say the first hour is awfully slow and overly boring, the second half however is a strong 8/10 full of crazy Nic Cage on a rampage.

Written by: Acidburn
Proofread by: Ben Rochey-Adams on Twitter Here