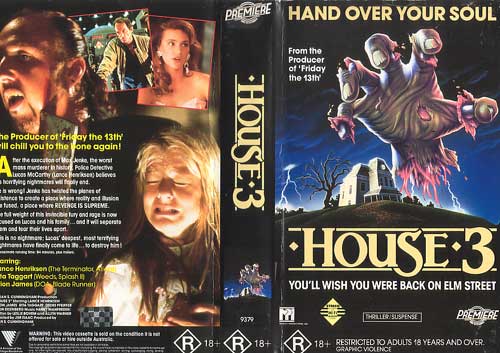 The third part of the House franchise and for some reason as soon as I watched it I started to predict bits that would happen, now I’ve either developed my own X-Men type mutant power or I’ve seen this a long time ago and completely forgot about it. Once again this film is no relation to the first two House films and in America was known as The Horror Show, I have been told it’s similar to Wes Craven’s Shocker film which I’ll hopefully watch and review in next few weeks. 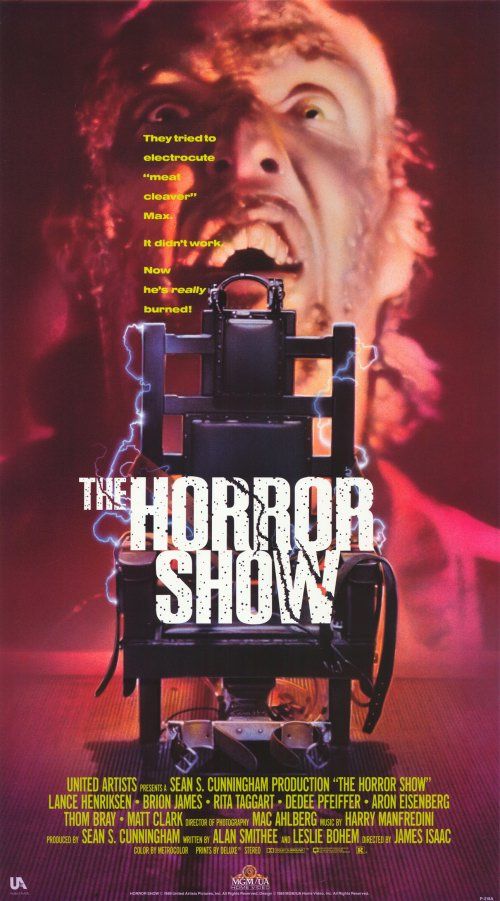 Trivia – Movie was heavily cut for R rating. Not only that some scenes were cut down but also some scenes were removed completely to avoid getting X rating by MPAA. Although there is an European version which includes some extra gore and violent scenes, full uncut version was never released. Some stills show some scenes which were deleted and not included in any version of the movie; Bonnie’s birthday scene where blood spills out of her birthday cake, scene showing Bonnie’s dead boyfriend being torn in half, and scene where Lucas pulls his chest open and then his heart is shown.

Trivia – This film is actually unrelated to the House (1986) film series. The producers renamed this film “House 3 (1989)” for the non-US market. Because of the existence of this title, the owners of the “House” series had to rename their third film House IV (1992)

After reading the trivia it seems even weirder to me that this film was included in the House boxset and why it’s even part of this group of films!

Detective Lucas McCarthy finally captures Max Genky a crazed serial killer responsible for a hell of a lot of deaths. During the attempt to apprehend Genky, Lucas and a fellow police officer stumble on lots of body parts and Lucas’s partner is brutally taken out by Genky.

After capturing Genky, Lucas’s life changes for the worse he was a good family man as shown in some old video footage at the start of the film. Now he’s a bit more closed off, suffers nightmares about the serial killer killing him and is also signed off work. To get some closure he goes to witness the execution of “Meat Cleaver Max” this doesn’t really help as it takes a long long while for the electrocution to actually kill him. 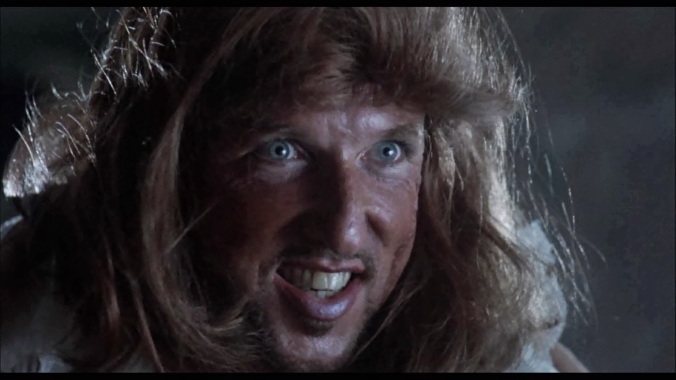 Then things start to get really weird as Lucas has vision of Genky telling him he’s going to ruin his life. He’s also visited by a scientist who claims that Genky has the ability to be turned into another form of energy and can appear in our reality and manipulate that reality. At first the he doesn’t believe the scientist but because we’ve been watching and because it’s a freaking horror film we know he’s right.

Things end up really bad for Lucas and his family when Genky appears and kills Lucas’s daughters boyfriend, who is a typical annoying 80’s cannon fodder victim. Problem is he killed him in the basement where he was hiding and his kids heard him shouting at someone in the basement telling them to leave his family alone. All the evidence points to Detective Lucas being the killer. 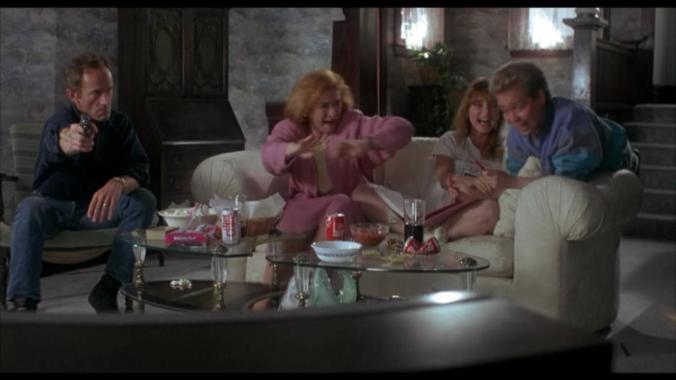 However like most films when the main character is caught in this type of situation he manages to escape from jail but returns home to some twisted reality where his family have been attacked by Genky and his wife taken hostage. This returns him not to his house but to the place where he first caught Genky, only this time with his wife taken hostage. It’s up to Detective Lucas McCarthy to relive the most traumatic night of his life to save his wife. 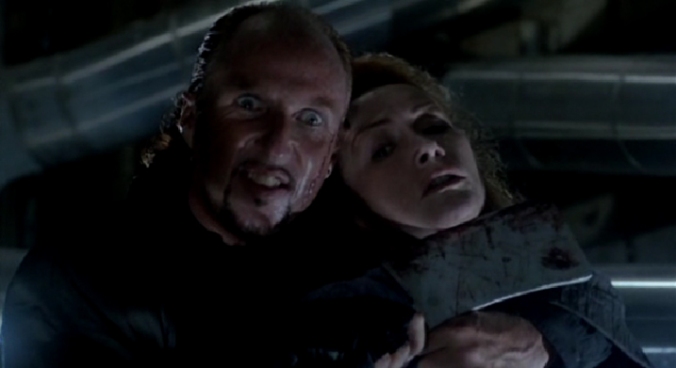 There’s not too much wrong with this film and it is mostly reasonably enjoyable. As I mentioned I’d have liked more gore from such a notorious deranged serial killer, maybe they could have placed a few more cannon fodder characters here and there to be slain. The House films are more like an anthology of unrelated films and I can see why this was released with a different name in some parts of the world. It could also stand on it’s own feet as a film in it’s own right, it’s worth checking out if you’ve watched the other House films or if you’re obsessed with 80’s slashers.

One thought on “House III aka The Horror Show (1989) Review”